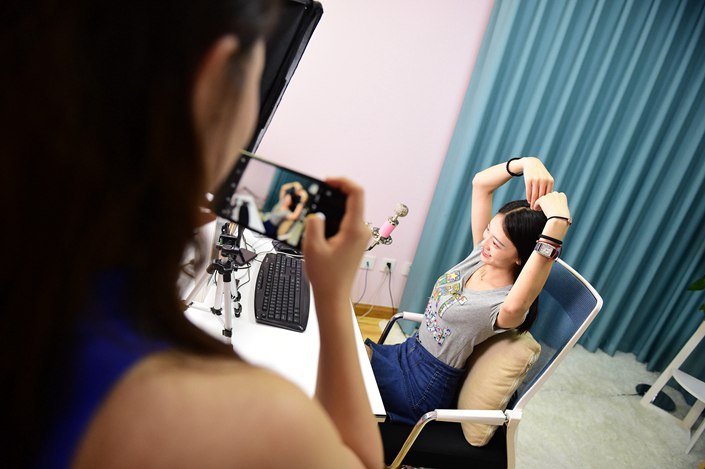 The media regulator urged livestream platforms to use a combination of big data, artificial intelligence and trained human moderators to verify users’ identities.

Livestreaming companies will be forced to cap the amount that users can spend on their favorite performers as part of new rules that also stop minors and those who have not undergone “real name registration” from spending money on the platforms.

The latest rules (link in Chinese), unveiled Monday by the National Radio and Television Administration, appear to aim at stopping underage users from overspending on cash tips for livestreamers. However, they could come at the cost of cutting into the lavish gift-giving that underpins the industry, which has experienced explosive growth this year as a pandemic-induced lockdown and travel restrictions pushed more eyeballs online.

Under the rules, which took effect immediately, livestreaming platforms will need to verify the age and identity of livestreamers and those who patronize them. People found to be under the age of 18 will not be able to send virtual gifts or give tips, the regulator said in a notice, in what could be a reaction to reports of underaged users spending immense sums on such platforms.

As of June, China’s streaming sites had some 562 million users, accounting for nearly 60% of the entire population with access to the internet, according to a report from the Cyberspace Administration of China. More than half of the users watch online retailing livestreams, making them more popular than celebrity reality shows and e-sports competitions.

Last year, about one-fifth of livestream watchers were underage, and livestreaming platforms had an average non-adult user base of about 15%, according to state-backed media the Legal Daily.

The ban follows several high-profile lawsuits involving underage users spending their parents' money on livestreaming sites. In one case heard in a Tianjin court, a teenager used his parents' bank card to deposit nearly 1.6 million yuan in an e-wallet on a platform. When the boy's parents found out, they asked the platform to return the money but it refused. The case was eventually settled out of court with the firm returning the funds.

The National Radio and Television Administration urged livestream platforms to use a combination of big data, artificial intelligence and trained human moderators to verify users’ identities, and to increase scrutiny over the livestreamed content.

In a sign that moderators might currently have a bigger job than they can handle, the regulator advised that they should limit the number of sessions they monitor to 50 at one time.

However, it is still unlikely that platforms will be able to prevent kids from using their parents’ accounts to spend money on livestreams, said Mei Lin, a lawyer at Beijing Yingke Law Firm. Using facial recognition to determine whether children were using their parents accounts could raise concerns about collection of minors’ personal information, she told Caixin.

Nevertheless, it is technologically feasible for platforms to identify young children by requiring users to take an automated arithmetic test before clearing their payments, Mei said. As such, platforms should be held accountable if minors under the age of 8 are not effectively prevented from making payments on their sites.

Following a 2016 directive from China’s internet regulator that required livestreamers to register with authorities using an identity card or business license, the new rule has added a new focus on the viewers. “The new rules are designed to strengthen supervision and establish norms for livestreaming and livestreamed e-commerce, with the goal of curbing the spread of vulgar, indecent and distasteful messages,” the notice said

The regulator also requires platform operators to place a cap on the amount of money each user can give, and freeze gift-giving once an unspecified limit is reached. They also require celebrity users and anyone else living overseas to register with regulators before running a livestream session.

The new rules will also impact livestreamed ecommerce, with all hosts and merchandisers required to undergo real name registration and have their background information reviewed by the platforms, the regulator said.

On Monday, China announced that it had eliminated extreme poverty nationwide.

Details of such e-commerce campaigns have to be registered with regulators at least two weeks in advance.