Trending in China: God recalls his hand – tributes to Maradona from Chinese social media after his death 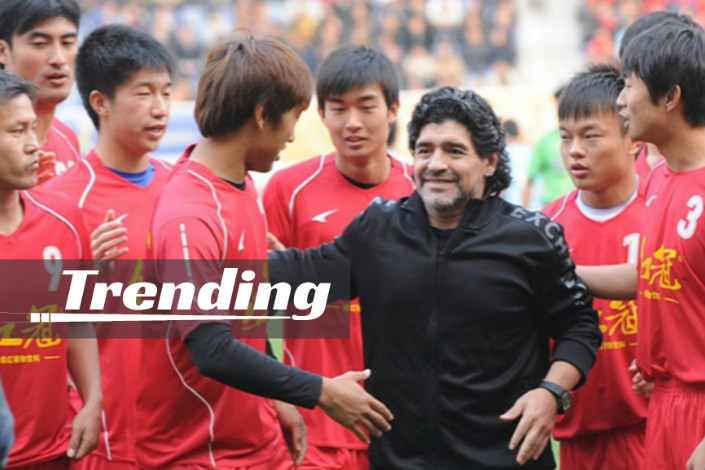 Chinese social media comes out in force to pay their respects to Diego Maradona, the Argentine soccer legend and one of the greatest players of all time, who died yesterday at the age of 60.

Diego Maradona died at his home in Buenos Aires on Wednesday after suffering from a heart attack.

The former attacking midfielder led Argentina to soccer’s world championship in 1986, after scoring one of the most controversial goals - 'Hand of God' against England in the quarterfinals, followed by scoring a goal which many consider one of the greatest single runs in the tournament’s history.

He scored 34 goals for the national team and represented them in four World Cups. During his club career, he played for Barcelona and Napoli and won two Serie A titles with the Italian club.

However, Maradona had a complex personal life as he struggled with cocaine and alcohol abuse, as well as a well-documented troubled sex life.

Tributes to the soccer legend flooded Chinese social media despite the fact that many of the people posting were not even alive during the star’s playing days. “Although I never watched his games, he is my father's idol. Rest in peace,” one representative comment read.

The sad news also stirred memories for many people of the death of another legendary athlete earlier this year. “2020 has witnessed the fall of two sports superstars, Kobe and Maradona, at the beginning and the end of the year…” another popular comment read.