By He Shujiing and Anniek Bao 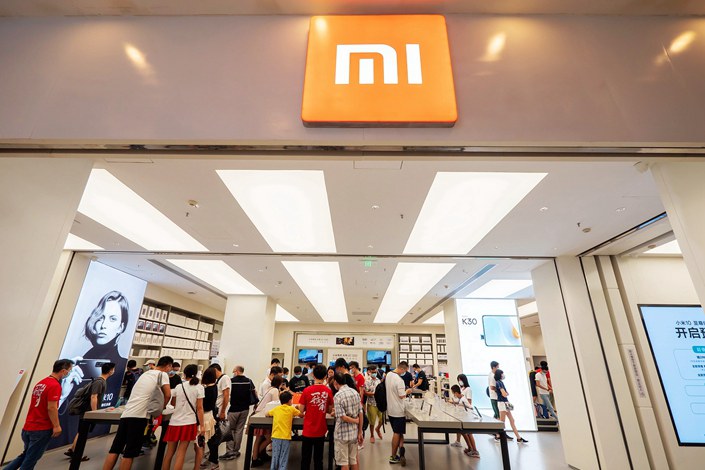 Xiaomi Inc. is looking to seize a greater share of its home smartphone market, especially challenging its budget peers’ grip on China’s smaller cities, as the market adjusts to the vacuum left by sanctions-struck Huawei Technologies Co. Ltd.

Every county-level city in China will have a Mi Home store — which sells the company’s smart home products as well as its handsets — in one year, said the company’s China President Lu Weibing at a product a launch event Thursday. County-level cities are usually less economically developed than larger prefecture-level cities.

This could pose a challenge to rivals Oppo and Vivo, which have established greater brick-and-mortar footprints in these smaller cities.

Xiaomi had 630 brick-and-mortar Mi Home stores in China at the end of last year, according to its annual report, but had locations in less than a third of county-level cities.

Xiaomi’s smartphone strategy has changed significantly since Lu took over from Lei Jun, the company’s founder, in November last year. While Xiaomi originally made its name with an online-only strategy, Lu has accelerated its push into offline distribution. Under his watch, the company has begun to require vendors who want to sell Xiaomi smartphones to open a full Mi Home store, a smartphone distributor told Caixin.

The new county-level city goal comes hot on the heels of Huawei selling its budget smartphone brand Honor due to pressure from a U.S. clampdown that has cut off the company’s chip supplies. Huawei said the sell-off aimed to “save Honor’s industry chain.”

But domestically, Xiaomi’s 13% market share still lagged behind Vivo and Oppo with 17.8% and 16.6%, respectively, even as Xiaomi was the only one of the China market’s top five companies to see growth in the quarter’s shipments with a 13.4% expansion.

It is unlikely Xiaomi, Oppo or Vivo, will be able to fill the vacuum left by Huawei immediately, as the besieged giant focused more on the middle to high end of the market, not the budget segment, according to IDC analyst Will Wong.

Citing a conversation with a Xiaomi distribution manager, one vendor told Caixin that the company is targeting about a quarter of the online smartphone market share that Huawei is expected to relinquish as a result of its woes, and a more conservative 12% of the total offline sales that it will give up.

Xiaomi has also been buoyed by its growing business in India, where its smartphone shipments were up 9% in the third quarter despite tensions between Beijing and New Delhi.

Xiaomi’s lower-end smartphones are popular overseas, but these markets are not loyal to the company, Canalys analyst Jia Mo told Caixin. Xiaomi will face growing competition overseas from Oppo, Vivo and Honor, if it can distance itself from its former parent, Jia said.