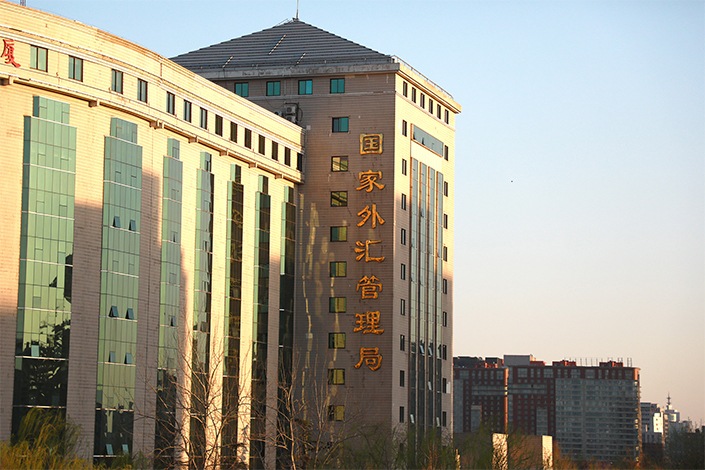 The State Administration of Foreign Exchange headquarters in Beijing on March 28.

China is moving closer to granting domestic investors wider access to foreign opportunities, as part of efforts to encourage more domestic investment abroad as the yuan appreciates against the dollar.

The planned expansion of the pilot programs currently underway in Beijing, Shanghai and Shenzhen, previously announced in late October, aims to help domestic investors better allocate assets across the world.

The country also plans to launch new QDLP pilots in the southern island province of Hainan and the southwestern city of Chongqing. Those new projects are meant to help support development of Hainan’s new free trade port in the making and the Chengdu-Chongqing (link in Chinese) “economic circle,” the official said.

Along with efforts to ease foreign investors’ access to China’s financial markets, wider opening of domestic investors’ access to foreign markets aligns with the country’s “dual circulation” strategy, of which both the Hainan free trade port and Chengdu-Chongqing economic circle are a part.

“(We should) promote the opening-up of the capital account in a steady and orderly manner, … and fundamentally achieve free bidirectional cross-border capital flows in the mid- to long-term,” Zheng Wei, a SAFE deputy administrator, said (link in Chinese) at a financial forum in Beijing on Saturday.

Launched in Shanghai in 2012 and tested in Beijing earlier this year, the QDLP program allows funds set up on the Chinese mainland to take money from domestic investors for overseas investments. Set up in Shenzhen in 2014, the QDIE is a similar program that allows domestic investors to invest in unlisted foreign companies, hedge funds and real estate.

In addition to the QDLP and QDIE pilot expansions, the foreign exchange regulator also said in October that it would expand the Qualified Domestic Institutional Investor (QDII) program by some 10%, issuing several batches of new quotas worth about $10 billion. The QDII program, set up in 2006 and smaller in scope than the QDLP and QDIE programs, allows qualified Chinese financial institutions to invest in offshore securities.