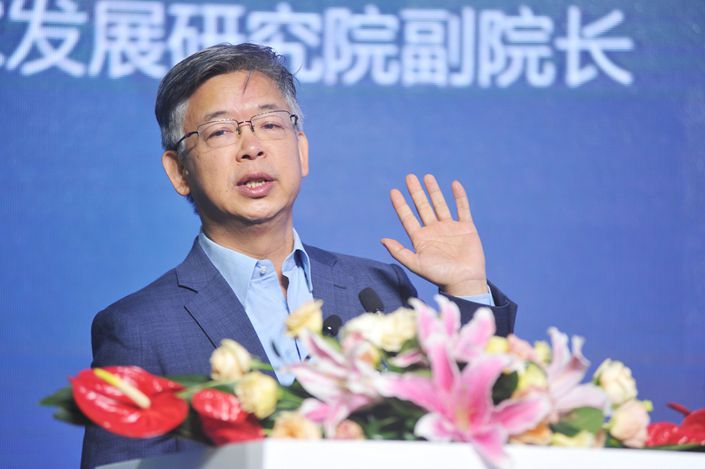 Huang Yiping, a deputy dean of the National School of Development at Peking University

The growth will be in part a response to the increase in online economic activity in China amid the domestic coronavirus epidemic early this year, when many Chinese people were forced to stay home, cancel travel plans and avoid gatherings, said Huang Yiping, a deputy dean of the university’s National School of Development.

The disruptions blew a hole in China’s economy. Huang said online economic activity, including sales of goods or services, online games and online education, served as a stabilizer. “Without these activities, our life would have become harder … and the economy downturn would have been more serious,” he said Saturday via video link at the 2020 Global Digital Trade Conference in the central city of Wuhan.

In the first two months this year, domestic retail sales plunged 20.5% year-on-year, well below 7% to 10% growth for the previous few months, according to data (link in Chinese) from the National Bureau of Statistics (NBS). To put that in context, online retail sales of physical goods increased 3% year-on-year in the first two months, though it was far slower than the 19.5% increase (link in Chinese) over the same period a year earlier.

“The coronavirus outbreak made us understand the value of online activities … and I think there will be more and more people realizing the importance of such contactless transactions in the future,” Huang said.

Huang added that the Chinese government’s initiatives for “new infrastructure” will further promote the development of the country’s internet system and digital economy. New infrastructure, which includes new information technology-based infrastructure such as 5G and the Internet of Things, has been a buzzword in Chinese policy circles since late 2018 for infrastructure projects that accelerate the tech-driven upgrade of the domestic economy.

In addition, China has ramped up efforts to develop a digital currency, which is another important factor for advancing the digital economy, Huang said. China’s central bank is one of the world’s first major central banks to test out a digital currency. In October, the southern boomtown of Shenzhen used the digital yuan to provide 10 million yuan worth of coupons to residents as part of a trial program.

Huang added that the digital trend would likely bring the world into the next phase of globalization, in which data sharing will become a main theme.