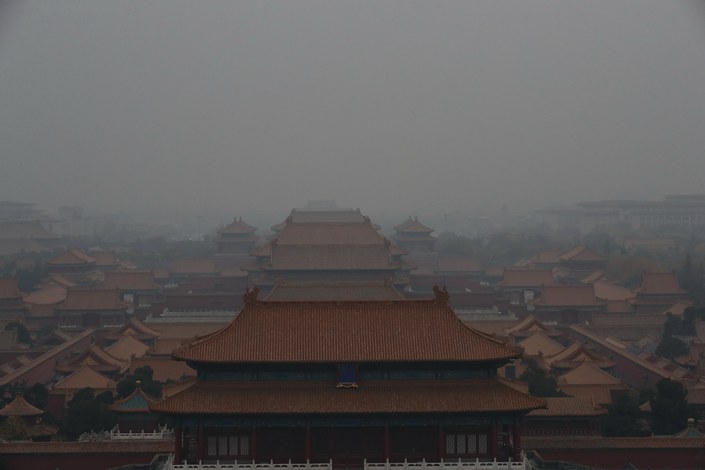 Air pollution surged across northern China as this winter began as heavy industries ramped up production to make up for time lost during the country’s coronavirus crisis, new research shows.

The elevated smog levels mean that key regions around the capital Beijing and the major northwestern city of Xi’an may miss their end-of-year air quality targets, according to a report released Thursday by the Centre for Research on Energy and Clean Air (CREA), an environmental research organization.

The rebounds also indicate that “creative accounting” in China’s steelmaking industry is hindering efforts to cut capacity in line with government targets and stymying air quality gains from one of the country’s most-polluting sectors, the report says.

It concludes that China’s post-pandemic economic recovery is currently “far from green” and threatens efforts to diversify the economy and cut emissions. China is the first major economy to return to year-on-year growth since the Covid-19 outbreak, but its comeback has relied less on consumption and more on industry compared with some other countries.

According to the report, the region of 28 cities around Beijing earmarked for air quality improvements saw average daily concentrations of PM 2.5 — ultrafine airborne particles that can be particularly harmful to human health — rise by 11% year-on-year in October and by 2% in the two months through November, despite a government target not to record year-on-year rises in the last three months of 2020.

Although PM 2.5 concentrations in a similar area around the Shaanxi provincial capital of Xi’an fell by 1% year-on-year in the period from October through November, the figures fall short of the mandated 3% year-on-year reduction in the final quarter of the year, the report says.

Both regions, which cover a swath of China’s heavy industrial heartland, are at the center of a years-long government campaign to cut air pollution. But they have seen significant rebounds in emissions-intensive cement and steel production since the Asian nation’s economic recovery from the coronavirus crisis began in earnest earlier this year.

In the provinces encompassing the Beijing and Xi’an regions, total cement output surged by 14% between July and September compared with a 3% rise in the rest of the country, signaling rising demand for the construction materials laying the groundwork for China’s recovery, according to the report.

In Hebei, the northern province surrounding Beijing whose steel output is roughly three times that of the entire United States, production of the metal grew by 3% year-on-year in the nine months through September, raising questions about the efficacy of government efforts to cut capacity, the report added.

The gap between reported capacity and output “make it clear that ‘creative accounting’ of steelmaking capacity has reached a scale where it is making the capacity reduction targets completely meaningless” while also thwarting efforts to reduce emissions in one of China’s most polluting industries, the report says.

The central government has struggled to maintain its grip on capacity cuts in recent years, a trend worsened by some local officials falsifying statistics while illicitly supporting steel and smelting projects to bounce back from Covid-19’s economic impact, according to an article (link in Chinese) published last month by an economic news outlet affiliated with state news agency Xinhua.

“The continued increase in steel output (in northern regions) has made improving air quality more of an uphill battle,” he told Caixin in an email. “Missing the targets for controlling steel capacity shows the challenges of reforming this powerful sector.”

Li Shuo, a climate campaigner at Greenpeace East Asia, told Caixin that China’s industry- and infrastructure-led revival threatened the country’s environmental efforts. “It would be very unfortunate to see this rehabilitation interrupted or even reversed by the Covid crisis, which by nature also stems from environmental problems,” he said.