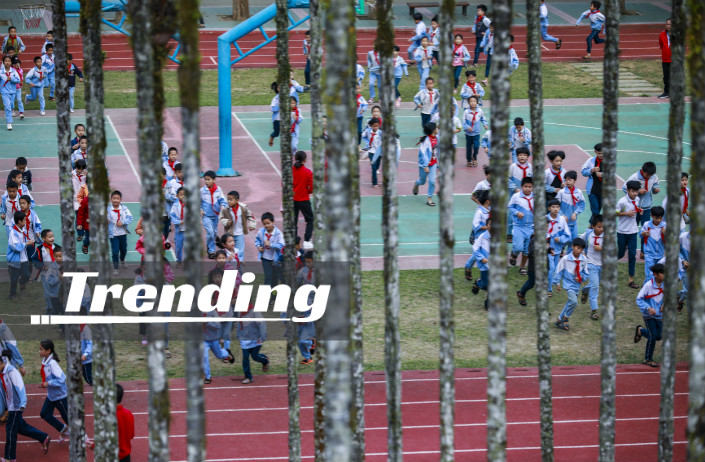 A volunteer teacher has been shown on video kicking primary school students. The video raises questions about teacher professionalism and the role volunteers should play in China’s education system.

The viral video shows an escalating situation in which a teacher reprimands his students and finally resorts to kicking several of them. The teacher involved later turned out to be an undergraduate student from Southeast University in Jiangsu province who had come to the primary school in Chuxiong, Yunnan province as a volunteer due to “policy requirements”.

According to a statement issued by the Chuxiong authorities, the children suffered no lasting damage and the volunteer has apologized to their families and been suspended. Southeastern University said it aims to ensure similar situations are not repeated in the primary school.

People are irritated by the undergraduate student’s lack of professionalism and have questioned the motivation behind him volunteering, asking if it was just to improve his résumé or because he genuinely cared about children. “To teach because of the policy? Isn’t it voluntary? I think he did this for the postgraduate recommendation,” one comment read.

Some people with experience in voluntary teaching urged everyone to reflect on the system that places volunteer teachers in schools rather than the individual teacher. “Supporting education is often a matter of form rather than content. The quality of the so-called ‘college student teachers’ can’t be guaranteed,” another popular comment read.