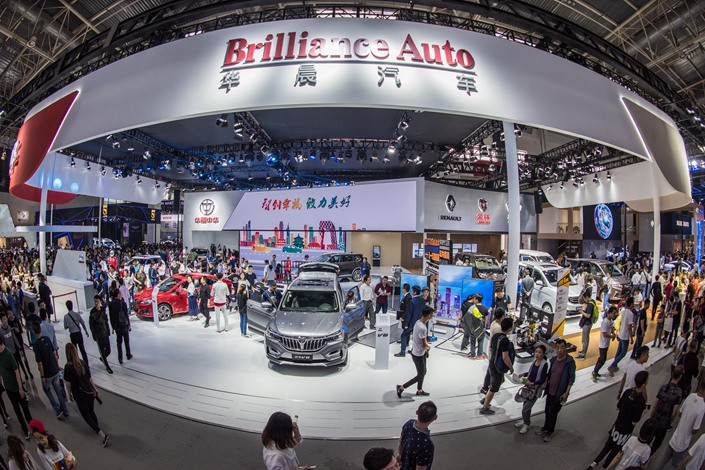 The former head of BMW AG’s Chinese partner is being investigated by Chinese anti-corruption authorities, as the firm continues to undergo a court-ordered restructuring designed to help it pay outstanding debts.

Qi Yumin, who was chairman and Communist Party committee head of Brilliance Auto Group Holdings Co. Ltd. until last year, is under investigation for “serious violation of party discipline and law,” the corruption watchdog in its home province of Liaoning said in a statement Thursday (link in Chinese).

Sixty-one year old Qi retired in March last year after more than 13 years as chairman of Brilliance Auto, according to the statement, which did not provide any detail on his alleged transgressions. Before joining Brilliance in 2005, Qi served as a vice mayor of the port city of Dalian in Liaoning.

Brilliance Auto began restructuring last month after it failed to repay money it owed creditors. A court in the northeastern city of Shenyang that accepted the restructuring request filed by one of its creditors determined the firm did not have sufficient assets to repay all its debts, but that the company “has value, and could possibly be saved.”

Brilliance Auto is best known outside China for its collaboration with BMW. In 2003, its Hong Kong-listed subsidiary Brilliance China Automotive Holdings Ltd. established a joint venture with the German luxury automaker to make passenger cars under the BMW brand in Liaoning’s capital, Shenyang.

That joint venture, BMW Brilliance Automotive Ltd., has held on to about a quarter of China’s luxury passenger car market over the past three years, and contributed over 90% of Brilliance Auto’s revenue and net profit last year, according to the companies’ financial data. But in October 2018, the partners agreed BMW would increase its stake in the venture from 50% to 75% in 2022, when China’s current foreign ownership limits for the auto industry are set to expire.

Investors have been particularly concerned about the lucrative joint venture. In September, about one month before its bond default, Brilliance Auto entered an agreement to transfer all of its shares in Brilliance China to a wholly owned subsidiary, which some saw as an attempt to carve off valuable assets to avoid repaying its debts.