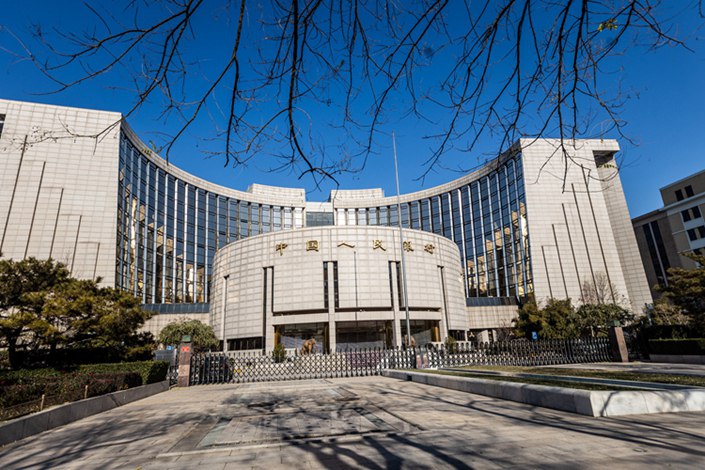 China’s central bank is thinking about licensing a second firm to engage in personal credit reporting, as the system creaks under the pressure of a retail finance boom.

China’s central bank is thinking about licensing a second company to engage in personal credit reporting, fleshing out systems that record citizens and businesses’ dealings with financial institutions.

On Friday, the People’s Bank of China (PBOC) said it had received an application to get into this business from Pudao Credit, according to an official statement (link in Chinese).

If the PBOC approves the application, Pudao will be the second company to provide such services in China. In 2018, Baihang Credit Scoring, a central bank-backed agency, was founded to collect information from lending channels outside the traditional financial system such as microlending and consumer finance.

The PBOC also runs its own credit scoring system, the Credit Reference Center, which primarily pools data from banks and other traditional lenders. The two existing platforms are used by lenders to review customers’ creditworthiness for activities like borrowing money from banks.

If approved, the new company will be based in Beijing with registered capital of 1 billion yuan ($152.9 million), and its largest shareholder will be state-owned financial company Beijing Financial Holdings Group Ltd., according to the statement.

The two existing credit agencies are struggling to meet the growing demand created by the booming retail finance sector, a source familiar with the issue told Caixin (link in Chinese). Neither agency is market-oriented enough and Baihang has failed to meet market expectations, the source said.

Zhao Yihan, a deputy director-general of the Credit Reference Center, is set to be appointed the chairman of Pudao Credit, according to the statement. Zhao has already started to work on setting up the company, sources with knowledge of the matter said, adding that the president has yet to be named.

The PBOC has been cautious about issuing credit reporting licenses over the past few years due to concerns regarding personal privacy (link in Chinese) and companies’ independence. In 2017, it refused applications (link in Chinese) submitted by eight companies, including those backed by tech giants Ant Group Co. Ltd. and Tencent Holdings Ltd.

By the end of 2019, the central bank’s credit reporting system had collected data from 1 billion individuals, and 28.3 million enterprises and other organizations, official data (link in Chinese) show.