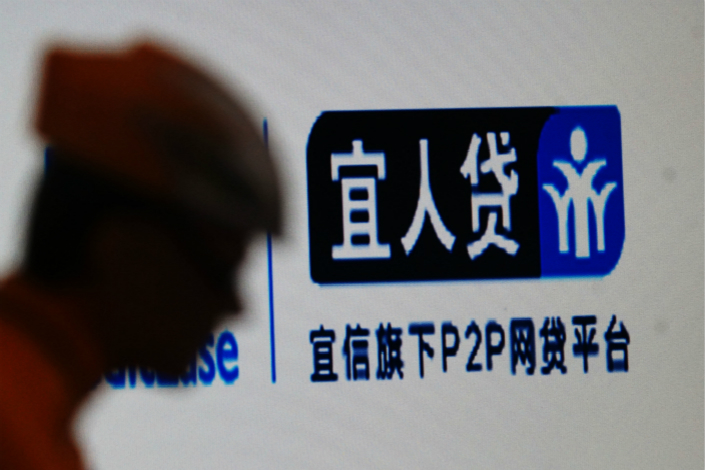 Many problems can be traced to poor management and internal controls, but the lack of a national independent credit bureau focused on a new generation of online lenders and borrowers has left the sector without one of the most valuable tools it needs.

That’s about to change, with the official opening last week of the country’s first independently run credit bureau, Baihang Credit Scoring (BCS). The bureau aims to fill a gaping hole in the country’s credit system by collecting data from online lenders and other nontraditional sources to rate people’s creditworthiness, much the way credit agencies do in the West.

The company could make life easier for peer-to-peer (P2P) lenders such as New York-listed Yirendai Inc., Qudian Inc. and PPDai Group by giving them a broader picture beyond their own respective databases of borrowers’ credit histories. Such cumulative data will allow them to identify risky borrowers more accurately, and treat them accordingly.

“This is going to be very helpful,” Tang Ning, founder and CEO of CreditEase, the financial conglomerate that owns Yirendai, said in an interview. “One, it will help substantially reduce over-indebtedness. Two, it will help improve collection because people will have a higher cost of defaulting. And three, it will be very helpful in terms of targeted marketing because you can target certain credit segments without going after other segments.”

Online lending has surged in China over the past few years as consumers migrate to the internet for everything from buying food to borrowing money. The market owes part of its explosive growth to China’s opening of the financial sector to private investment, ending a decades-old monopoly that saw the system dominated by conservative state-run banks and other institutions.

But lack of a nationwide system that gathers and processes data from a wide array of sources, including lenders, debt collection agencies, utility companies and the courts, has made it difficult for companies like Yirendai to accurately assess their customers’ creditworthiness. That has driven up their own costs by forcing them to build their own internal rating systems, and has contributed to bad practices such as violent debt collection and charging of very high interest rates.

The People’s Bank of China, the central bank, set up the Credit Reference Center in 2006 to act as a centralized commercial and consumer credit reporting system, with a focus on traditional financial institutions such as banks. But it failed to capture many individuals who are borrowing from the new generation of P2P operators and microlenders. The new BCS will focus on people using online lending platforms and other sources outside traditional financial companies to complement the central bank’s own credit reporting platform.

But in April 2017, the central bank admitted that the trial had fallen short of expectations. Critics noted that many of the eight private firms were both providers and users of credit scores and the data used to calculate them, and that many relied heavily on their own internal data to compile ratings.

“That was the wrong idea,” said Tang, whose company was not involved in any of the trials. “It’s like someone doing the job of the judge and at the same time the athlete. (The system) can’t be one lending company running it for the benefit of its own ecosystem.”

With the acknowledgement of a false start, the central bank changed course and set up a company led by the National Internet Finance Association of China (NIFA), which is overseen by the central bank and other financial regulators. NIFA owns 36% of the newly launched BCS, while the eight companies that took part in the original pilot program each owns 8%.

As an independent operator with ties to some of China’s biggest internet companies, BCS will be able to pool a much larger universe of credit information to build a nationwide database, with other online lenders also contributing to the system. All financial institutions will be able to access the database for their own lending and risk-management activities.

Tang said the new model is more suitable and is complementary to CreditEase’s own system. CreditEase isn’t directly involved in BCS but has been testing the system and is already contributing its own data, he added.

The BCS launch also comes amid a growing crackdown on P2P and online lenders that has included limits on interest rates, which have been capped at 36% annually, as well as limits on loan size and a ban on operators guaranteeing loans and issuing their own loans. The new generation of lenders are also required to appoint custodian banks to hold their funds, in a bid to stop unscrupulous platforms from running off with customers’ money.

The regulations have squeezed out hundreds of platforms. Data from Wangdaizhijia shows the number of active P2P platforms slumped from more than 3,383 at its peak in January 2016 to 1,877 by the end of April.

“Bad guys are exiting the market and good guys are growing their business, and as the market becomes cleaner and healthier, companies with integrity and strong risk management capabilities will do better,” Tang said.