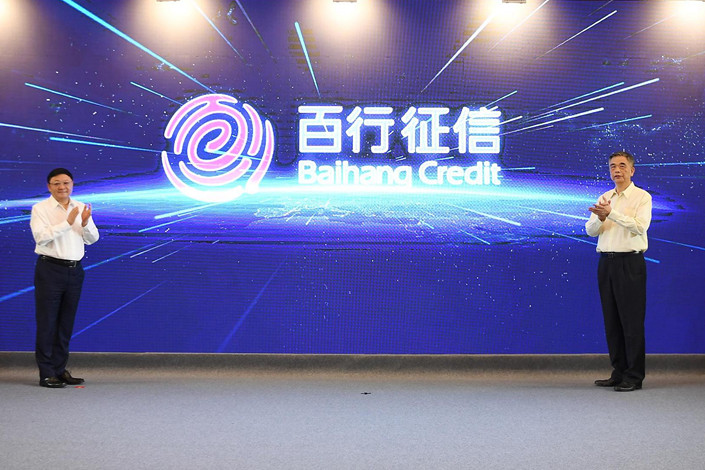 Baihang Credit Scoring, a central bank-backed credit bureau, has been struggling in its first year to collect the quality data that it needs to meet China’s goal of revamping its patchy credit reporting system.

Baihang is a key part of the government’s ongoing effort to improve the credit reporting industry in a country where about 460 million people, around one-third of its population, do not have credit histories, according to central bank data (link in Chinese).

Baihang was launched last year to collect and pool information from lending channels outside the traditional financial system. The idea was to supplement the People’s Bank of China’s credit reporting database — launched in 2006 — which primarily gathers data from banks and other traditional lenders. Baihang was created to collect data from other sources such as consumer finance firms, online lenders and peer-to-peer (P2P) platforms to rate the creditworthiness of consumers.

One of the major hurdles Baihang has faced is the reluctance of many small institutions to share much of their client information. In addition, some of the data collected from such institutions are too rudimentary to meet the requirements of its credit reporting system.

“Actually, there are not that many platforms that have connected to (Baihang’s database). Information sharing is not something that’s easy to implement. Many institutions are reluctant to give data to Baihang,” a source close to Baihang told Caixin.

To date, Baihang has reached information sharing agreements with more than 700 institutions involved in businesses such as microlending, consumer finance, financial leasing, financing guarantees and P2P lending, according to data from Baihang.

Last month, Baihang’s shareholders — including the Alibaba Group-affiliated Sesame Credit Management Co. Ltd. and Tencent Credit — said at a Baihang-organized meeting in Shenzhen that they will move forward on cooperating with the agency. Before the meeting, Sesame Credit and Tencent Credit had not been sharing their data with Baihang, Caixin has learned from a source close to Baihang.

Data reliability has been another issue. “It’s hard to guarantee the quality of data, as data from internet finance institutions is (often) too low in quality,” said a source in the credit reporting industry.

Baihang now primarily collects loan data. Another challenge it faces is how to ensure that other kinds of data are collected in full compliance with regulations that protect personal information. Many banks have been hesitant to buy data from internet companies because their sources can be murky, and it’s illegal to purchase personal data that has been illicitly collected, said Huang Zhiling, secretary to the board of China Construction Bank Corp., at a forum two years ago.

Baihang said at last month’s meeting that it is working on ways to overcome these challenges, testing of the quality of the data it collects.

In 2006, the central bank set up the Credit Reference Center to serve as a centralized commercial and consumer credit reporting system, with a focus on data from traditional financial institutions like banks. The center has collected information on about 990 million people and nearly 26 million companies and other organizations, according to official data.