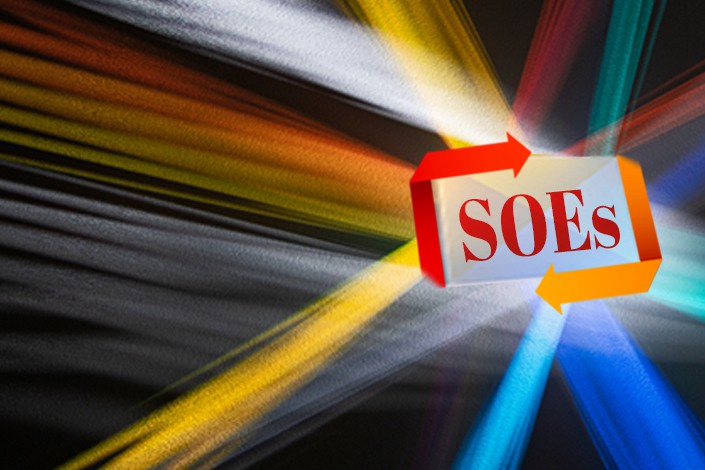 The new fund is designed to run equity investment and asset management businesses with a duration of 10 years.

China is set to establish a 70.7 billion yuan ($10.8 billion) fund to facilitate mixed ownership reform of state-owned enterprises (SOEs) and drive the government’s strategy to bring in outside investors to reinvigorate the state sector.

The new fund will be established with registered capital of 70.7 billion yuan, and Shanghai International Port plans to pour in 750 million yuan, according to the filing.

The planned establishment of the fund follows the release in October of a new three-year campaign, to run through 2022, which Beijing hopes will create world-class companies from its state-run giants.

China first unveiled the mixed-ownership reform concept in 2013, and the State Council, SASAC and other agencies have since rolled out new policies to implement it.

It has gained urgency in recent years as China opens many formerly state-controlled sectors to both domestic and foreign private sector competition. It has also moved to center stage as China seeks to wean such companies from government support in response to complaints about unfair subsidies.

The list of companies in the mixed-ownership reform program is extensive, and covers a wide range of both centrally and locally controlled enterprises that collectively accounted for around a quarter of China’s economic output as recently as 2017.

Some of the biggest deals undertaken by the program include those of China United Network Communications Group Co. Ltd., or China Unicom, which announced its mixed-ownership reform plan with several prominent high-tech names in 2017, and China Eastern Air Holding Co. Ltd., owner of one of the nation’s top three airlines, which announced a similar plan for its cargo unit the same year.

The new fund is designed to run equity investment and asset management businesses with a duration of 10 years, according to the filing. Its registration filing is yet to be completed and the full list of shareholders remains unknown.

A source close to China Chengtong told Caixin that the fund will soon launch and will involve shareholders like centrally administered and local SOEs. The entire size of the fund is expected to be around 200 billion yuan with about 70.7 billion yuan for initial funding, the source said. Shanghai International Port said in the filing fund will have a flexible exit mechanism.

This is not the first SOE-related fund China Chengtong has initiated. In 2016, it took the lead to jointly set up China SOE Structure Adjustment Fund Co. Ltd., which later raised about 350 billion yuan in a bid to invest in private placement deals of state-owned listed companies, SOE mixed-ownership projects and structure adjustment projects.