By Anniek Bao and Yuan Ruiyang 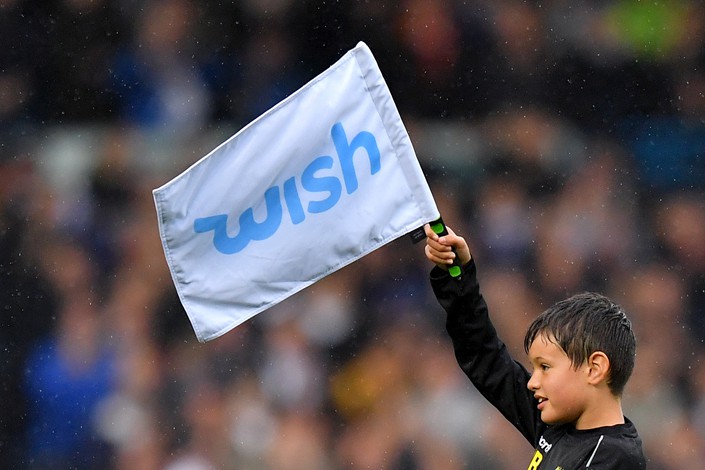 Wish, whose business strategy is often compared with Shanghai-based Pinduoduo Inc., is known for off-the-wall offers.

The operator of e-commerce marketplace Wish is hoping investors will smell a bargain in its upcoming IPO, even as deteriorating Sino-U.S. relations pose a challenge to its strategy of linking Chinese manufacturers of cheap goods with shoppers in the West.

Wish, whose business strategy is often compared with Shanghai-based Pinduoduo Inc., is known for off-the-wall offers: wireless headphones that come free with $3 shipping, $2 piles of worms, or $6 sex toys. The tradeoff for its unbranded items is lower quality and longer delivery times — up to a month in some cases.

San Francisco-based ContextLogic Inc. is looking to raise up to $1.27 billion from its upcoming Nasdaq debut, if the underwriters exercise the option to allocate an additional 6.9 million shares. The IPO would list 46 million A-shares valued at between $22 and $24 each, according to its updated prospectus Tuesday.

Since its own Nasdaq debut in December 2019, Pinduoduo’s stock price has risen over 300%.

Peter Szulczewski, a former Google executive, and Yahoo veteran Danny Zhang founded Wish 10 years ago. The company makes its revenue mostly from commission fees on sales, which made up over 80% in the first three quarters.

Wish’s prospectus says it has 100 million monthly active users, over 85% of whom are from Europe and North America. The vast majority of the retailers on its platform — over 90% as of June — are China-based, according to data from research institute MarketPulse.

This China-reliant model puts it at risk from the strained relationship between Beijing and Washington, which has seen tariffs imposed as the two countries wrestle in a trade war.

Even as the pandemic saw its customer base stay at home and its revenue rise 32% to in the first three quarters to $1.7 billion, more advertising spending left it with a $120 million loss for the period. China’s Covid-19 outbreak did have an impact on its revenue in the first quarter, but this gradually lessened as the country brought the virus under control in the next quarter.

The IPO is planned for next week, Barron’s reported, citing people familiar with the situation. Underwriters on the deal include Goldman Sachs, JP Morgan and BofA securities.