Editorial: Joining the Trans-Pacific Partnership Won’t Be Easy. China Should Do It Anyway 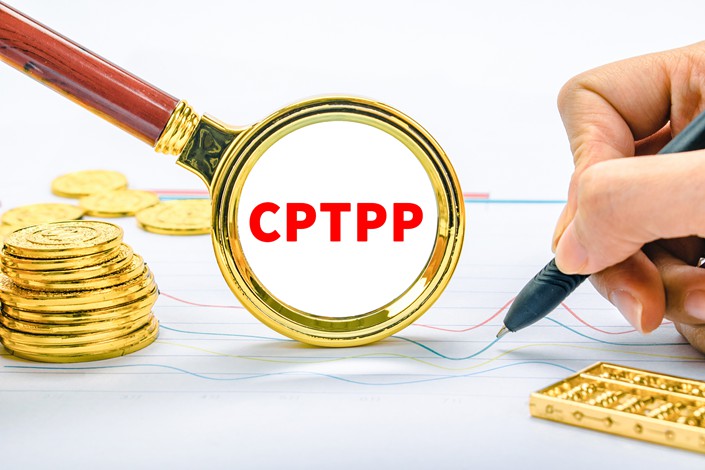 In recent years, China has laid a solid foundation for joining the CPTPP.

China is supporting and participating in a succession of multilateral trade initiatives. As soon as the Regional Comprehensive Economic Partnership (RCEP) was signed, President Xi Jinping stated at the Asia-Pacific Economic Cooperation video summit that “China will actively consider joining the Comprehensive and Progressive Trans-Pacific Partnership (CPTPP).”

Amid the ongoing backlash against globalization and the economic impact caused by this year’s coronavirus pandemic, China’s actions and positions not only help boost the domestic and world economies, but also deepen reform and opening up, assist China’s participation in international governance and provide a strong riposte to unilateralism and isolationism.

The CPTPP officially came into force on Dec. 30, 2018. It represents the highest standard of a new generation of trade agreements and has become a template for future high-standard free trade agreements.

The Chinese government has gone through the process of observing and contemplating how to deal with the CPTPP. The heads of the related departments have trodden carefully around the issue. At this year’s Two Sessions, however, Premier Li Keqiang said “China holds a positive and open attitude toward joining the CPTPP.”

Xi’s latest remarks further reveal the fruits of Chinese policymakers’ thinking on this issue and represent a significant and careful decision. People have long been arguing about whether China should join the treaty. Now there is an authoritative answer, the next questions are: Can we join? When should we join? And how should we join?

The main issue for the Chinese government in considering whether to join CPTPP is undoubtedly a comprehensive weighing of the pros and cons of doing so. There are real gains to be made: According to expert calculations, China’s entry into the CPTPP could boost GDP growth by between 0.74 and 2.27 percentage points and export growth by between 4.69 and 10.25 percentage points.

However, some worry about the potential impacts and challenges of joining the CPTPP. We believe China must also retain a positive and open attitude toward this issue. If China joins the agreement, certain sectors will naturally feel varying impacts over a certain period of time. But this is natural: If it had a small impact, or none at all, what would be the point of joining?

Additionally, we should look at China’s achievements in economic and social development, have confidence in the country’s adaptability, and take a dynamic view, knowing that we will further increase our adaptability during any future negotiations by deepening reform and opening up.

The CPTPP has been dubbed a template for free trade agreements with high-standards. This is not an exaggeration. The treaty has a wide scope, including goods trading, intellectual property rights, environmental protection, competition between state-owned enterprises, and government procurement. Some requirements, such as regulatory consistency, are quite innovative.

When the United States withdrew from the agreement’s previous incarnation, the Trans-Pacific Partnership (TPP), some 22 clauses were suspended, making the CPTPP more inclusive. However, its basic orientation has not changed, and its standards still exceed most existing multilateral trade and investment agreements. Meeting the requirements is not easy, even for advanced economies: Japan, a leading CPTPP signatory, has made major compromises in fields like agricultural products, which have proved quite controversial domestically.

First of all, it should be noted that the CPTPP is by no means unattainable for China. In fact, the country has already met the vast majority of its terms. In recent years, China has continuously deepened institutional reform and opening, especially in the financial sector, and is moving forward with the construction of free trade zones. All these developments have laid a solid foundation for China to join the CPTPP.

However, the agreement obviously carries challenges and possible impacts on China. Scholars generally believe that it will be relatively harder for the country to accept clauses on the national treatment concerning goods and market access; investment; state-owned enterprises and designated monopolies; and intellectual property rights. Some clauses on e-commerce and labor are unlikely to be accepted at all.

We must base our judgments on rigorous and accurate inquiry to avoid drawing implausible conclusions. For example, the CPTPP’s rules on state-owned enterprises are often regarded as a major obstacle for China. However, some scholars have said after intensive research that the relevant regulations are actually highly consistent with the constraints that China has accepted under the framework of the World Trade Organization (WTO), and the few new constraints may not be completely unacceptable.

We should bear in mind the long-term development of China’s economy and society when considering whether to accept terms that currently seem harsh. Part of this has to do with what the government calls the “second centenary goal,” namely to make China a prosperous, democratic, civilized and harmonious modern socialist country by 2049.

China should pass reforms to actively respond to and defuse the treaty’s negative impacts, and force further domestic reforms by joining the CPTPP. Deepening reforms will not only pave the way for China to join the CPTPP, but will also be of value for China itself. Many challenges actually dovetail with China’s established reform goals, such as the principle of competitive neutrality.

Of course, China cannot and will not passively accept every clause. We can propose exceptional clauses during negotiations or set a transition period. Currently unacceptable terms should be broken down through negotiation and treated flexibly. The negotiating parties should not lack pragmatism.

However, as some foreign observers have said, China must abide by the basic principles of the CPTPP in order to maintain fair treatment of other countries that have undertaken arduous negotiations and made major concessions to join. Adaptive reforms are China’s best bet.

In recent years, the Chinese government has worked hard to participate deeply in global governance. Only by actively moving closer to high-standard economic and trade agreements such as CPTPP can China strive for the right to speak about international regulations and play a role in future global rule-making.

Some in China still regard the CPTPP as a way for developed nations to establish a new international trade order and constrain the development of others. Such oppositional thinking is not conducive to the Chinese public’s acceptance of and adaptation to the CPTPP rules.

As a reference, China should reflect on its entry to the WTO two decades ago. At that time, many worried about the future. Looking back now, we can see that the decision paved the way for China’s rapid, continuous economic growth.

The conditions for the CPTPP are now far more favorable to China and it can take a positive attitude toward joining. Once our policymakers have made a strategic decision, the relevant departments should formulate a timetable and roadmap for joining the CPTPP as soon as possible.