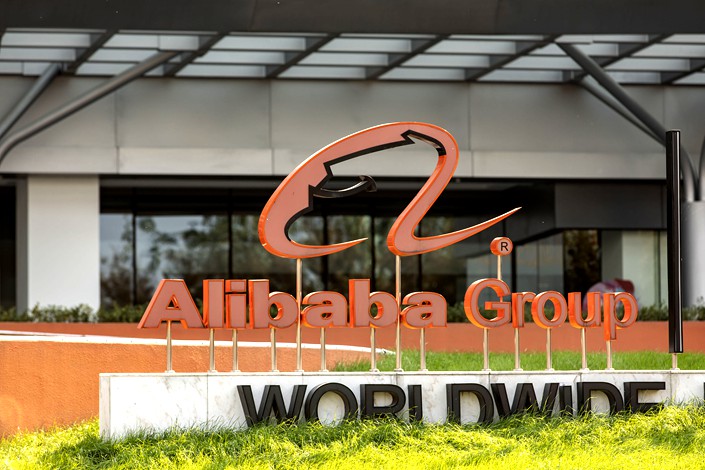 China’s antitrust watchdog rapped the knuckles of three of the nation’s leading private firms Monday, issuing fines over previous acquisitions in the latest signal their transactions are being ever more closely watched.

The State Administration for Market Regulation (SAMR) said Monday it had fined Alibaba Group Holding Ltd. 500,000 yuan ($76,500) for failing to seek approval before increasing its stake in department store chain Intime Retail Group Co. Ltd. to about three-quarters in 2017.

China Literature Ltd., the e-books business spun off by Tencent Holdings Ltd., was also fined over a previous purchase.

Also put on notice was logistics giant SF Express, after its parcel locker service provider Hive Box was fined 500,000 yuan over its May acquisition of China Post Smart Logistics Technology Co. Ltd. through a share swap. The deal gave Hive Box, which owned 44% of the smart lockers distributed across the country by the end of March, a combined market share of 69% after the acquisition was completed, according to the state-run Xinhua News Agency.

“The illegalities of the cases are relatively clear,” the regulator said in an official, 6,000-character fact sheet posted to its website just after noon on Monday. “The above-mentioned companies have a large influence in the industry, carry out many investments and takeovers, have specialized legal teams and should be familiar with the regulations governing M&A. Their failure to actively declare has a relatively severe impact.”

While acknowledging mergers and acquisitions were an important means for internet firms to develop, the regulator said all companies — domestic and foreign, state-owned and private, and regardless of size and whether they are traditional or tech firms — should realize that China’s Anti-Monopoly Law applies to them.

Alibaba said in a statement that it has made adjustments to comply with the government’s instructions, and Hive Box said that it has “humbly accepted and actively implemented” the requirements stated in the notice. China Literature has been actively working with regulators on compliance, according to its statement.

Tencent did not respond by press time to questions about the investigation into the merger of Huya and Douyu.

Regulators declared their intention to increase scrutiny of China’s largest tech corporations with new anti-monopoly rules last month. In November, Beijing unveiled draft regulations that would establish a framework for curbing anti-competitive behavior such as colluding on sharing sensitive consumer data, alliances that squeeze out smaller rivals and subsidizing services at below cost to eliminate competitors.

Beijing’s heightened scrutiny is spurring fears of a broader crackdown on the country’s largest firms. On Monday, shares in No. 3 internet company Meituan plunged 3.8% after Communist Party newspaper the People’s Daily published an editorial slamming the industry’s preoccupation with areas such as grocery delivery at the expense of real technological innovation.

China’s two largest corporations are also its most acquisitive, using scores of deals to expand into adjacent fields and groom some of the country’s most promising startups. Alibaba had led a $2.6 billion buyout of Intime as part of efforts to develop new business models that combine e-commerce with brick-and-mortar retailing. China Literature agreed in 2018 to buy New Classics Media Corp. for as much as 15.5 billion yuan to expand in filmed content.

The companies had failed to seek approval for the deals, which aren’t deemed anti-competitive, the antitrust regulator said Monday.

Monday’s fines mark the first time Chinese internet companies have been penalized under the country’s 12-year-old Anti-Monopoly Law, which holds that all firms must apply for antitrust clearance when making acquisitions that cross a certain threshold set by the regulator.

But at least part of the reason why many large private Chinese firms do not typically do so is because of a long-running lack of clarity over whether variable interest entities (VIEs), the legal structure many Chinese tech firms use, are within the purview of China’s Anti-Monopoly Law.

VIEs, typically based in low-tax jurisdictions like the Cayman Islands, were traditionally used by Chinese businesses like Alibaba and Tencent to allow them to fundraise in the U.S. and skirt Chinese laws that prevent foreigners from owning assets in certain areas.

“It has become common for companies as such simply not to declare potential transactions over the past few years,” Jiang Huikuang, co-partner of Zhong Lun law firm, told Caixin.

Things seemed to shift at the end of July when the SAMR approved a joint-venture transaction proposed by two VIE-structured companies for the first time since 2012, when Walmart Inc. was cleared to buy into online grocery business Yihaodian. Even though the deal was approved, it was seen by some as a sign that companies with VIE structures may no longer be spared anti-monopoly probes.

In a fact-sheet question which asked whether the fine’s relatively small size would have any deterrent effect, the regulator said it took the approach based on anti-monopoly rules that cite a maximum fine of 500,000 yuan and potential to divest the asset in question. Divestment was a highly disruptive remedy that would only be used in extreme cases, it said.

A draft amendment to the Anti-Monopoly Law published in January would dramatically increase the fine’s upper limit from 500,000 yuan to 10% of the operators’ sales in the previous year.

Jiang said for large internet companies that use the VIE structure, with turnover calculated based on the consolidated amount at the group level, future fines could be astronomical.