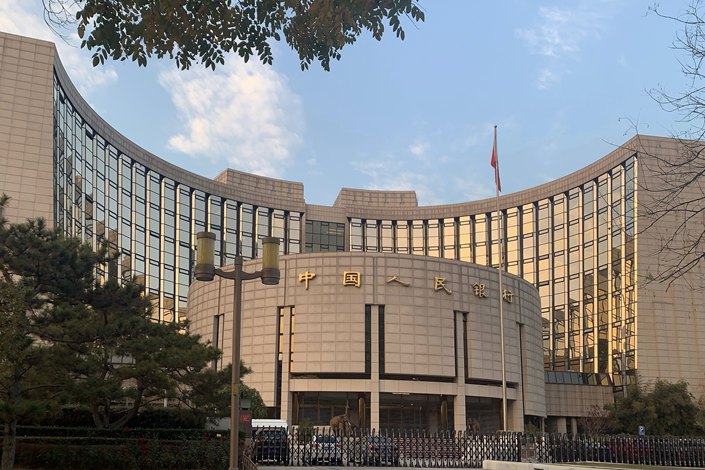 The People’s Bank of China on Friday met with representatives from credit rating agencies to discuss strengthening supervision over the credit ratings industry.

China’s financial authorities have pledged to tighten oversight over the credit ratings industry in the wake of a series of recent bond defaults by highly rated companies.

The People’s Bank of China (PBOC) on Friday met with representatives from credit rating agencies and officials from several economic and financial watchdogs to discuss issues on strengthening supervision of the credit ratings industry, according to a Sunday statement (link in Chinese) released by the central bank.

Pan Gongsheng, a deputy governor of the PBOC, said at the meeting that problems continue to curtail the development of the country’s bond market, including inflated credit ratings. He said the central bank will work together with relevant authorities to tighten oversight of the industry.

Pan also said that there is insufficient differentiation of ratings and that they only offer a weak signal of future risks.

The meeting comes as a series of defaults of high-rated state-owned enterprises (SOEs) — such as Brilliance Auto Group Holdings Co. Ltd. and Yongcheng Coal and Electricity Holding Group Co. Ltd. — that have sent shockwaves through the market and made the credit ratings industry’s failings obvious.

Multiple sources who have experience with the bond market said that assessment of the risk of SOE debt can no longer rest on their ratings levels, and many AAA-rated SOEs may face greater debt pressure in the future.

The sources said the central bank’s pledge to “enhance the differentiation of ratings levels” could mean that credit ratings agencies need to adjust their models and standards.

Most of China’s bonds are issued by highly rated companies, according to a July report (link in Chinese) from Huachuang Securities Co. Ltd. The report showed that as of the end of May, outstanding bonds issued by companies rated AAA, AA+ or AA accounted for about 96.3% of the whole corporate bond market in terms of value.

A credit ratings agency executive told Caixin that credit ratings firms will need to think about how to rate an indebted SOE and reflect risks in their ratings when the government can’t provide any guarantees on repayment.

Rating SOEs is a particular challenge as the willingness of a local government to support indebted firms has to be factored in. A source close to China Chengxin International Credit Rating Co. Ltd. said the firm is studying how to evaluate local governments’ potential support for troubled bond issuers.

Chengxin was the agency which gave a high rating to SOE Yongcheng Coal just a month before its market-shaking November default.

The country’s domestic ratings services have long been plagued by unreliability. But as the government further opens up the market to foreign agencies, pressure has been increasing for domestic players.

In November, China unveiled new regulations to improve its scrutiny of the sector. The measures stipulated the responsibilities of credit ratings firms, explicitly banned certain activities — such as soliciting bribes or providing consulting services to bond issuers — and detailed punishments and fines that could amount to 50% of income received for a rating that is found to have violated regulations.