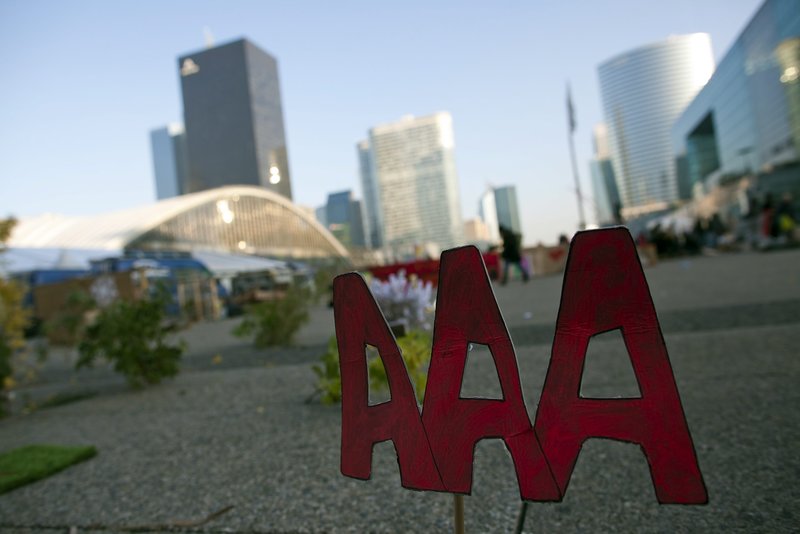 Offshore investors have long expressed concern about the credibility of credit-risk assessments carried out by Chinese ratings agencies. Photo: VCG

The National Association of Financial Market Institutional Investors (NAFMII), an organization under the People’s Bank of China, will oversee the application process. On Tuesday, it released guidelines for foreign players, part of the country’s steps to build overseas confidence in its $11 trillion onshore bond market.

“The changes are being made to promote the development and trustworthiness of China’s credit rating services and encourage fair competition in the industry,” NAFMII said in a statement.

Foreign players, including leaders Fitch Ratings, Moody’s Investors Services and S&P Global Ratings, have had to have a local partner to do business in China. And they’ve been restricted to ranking the creditworthiness of corporate bonds issued by overseas subsidiaries of Chinese companies.

But, according to a plan announced by the central bank in July, they will eventually be allowed to go solo and assess the quality of bonds in the China Interbank Bond Market, where 90% of onshore debt is traded. It wasn’t clear how long the registration process will last, but it was a key step in the central bank’s plan.

“The changes in the regulatory landscape provide an opportunity for us to consider and evaluate how we can best serve the needs of local and global capital markets going forward,” a Fitch Ratings spokesperson told Caixin on Tuesday.

Currently Moody’s holds 30% of China Chengxin Credit Rating Group, and S&P has set up a strategic partnership with Shanghai Brilliance Credit Rating & Investors Service Co. Fitch Ratings in January announced it has sold its 49 percent stake in China Lianhe Credit Rating Co. to a Singaporean sovereign wealth fund to adapt to "changes in the regulatory landscape."

Under the newly released guidelines, foreign rating agencies must submit documents to prove their legitimate operations back home and related supervision on their business. The agencies should also explain their operations in China and have at least two people in China for business management and contact.

The trustworthiness of credit-risk assessments carried out by Chinese ratings agencies has long been a major concern of offshore investors. For instance, domestic ratings usually take potential local government and bank bailouts into account, which isn’t in line with international practice and has caused confusion for foreign investors.

Many foreign analysts have said that Chinese bonds are overrated by domestic ratings agencies. Of the 1,500 or so publicly traded bonds covered by China’s four largest ratings agencies, nearly 70% are ranked AA or above, according to data compiled by Bloomberg.

But holdings of overseas investors still account for less than 2% of the entire Chinese bond market, official data show.

But Bloomberg cautioned that China needs to continue taking steps to increase investor confidence and improve market accessibility to avoid a delay in the planned timetable.

According to the July policy announcement, bond market rating agencies will be subject to central bank oversight, including on-site checks. They are also required to report ratings that are expected to bring material or adverse changes to the market, it added.

The story has been revised to reflect latest status of Fitch Ratings' shareholding of China Lianhe Credit Rating Co.