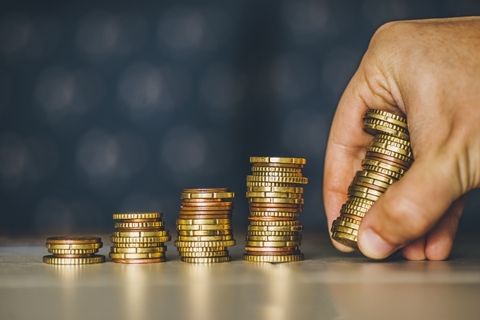 China's central bank, which regulates the country's biggest bond market, has restarted discussions with the securities watchdog, which oversees the smaller exchange-traded bond market, to try and agree on how to enforce regulations across both platforms, Caxin has learned. The People's Bank of China is also drafting rules to unify information-disclosure requirements for corporate bonds issued in both markets.

The move comes as the People's Bank of China uses its new powers to beef up oversight of the country's $11.7 trillion bond market and drive forward plans to unify trading on the interbank bond market and the stock-exchange bond market. Lax supervision and differing standards and requirements on debt issuance on the two markets have led to rampant regulatory arbitrage over the past few years.

The two markets have different requirements for information disclosure and bond issuance, a legacy of competition between the PBOC and the CSRC. As a result, companies have exploited the differences for their own benefit.

For example, some property companies, whose ability to raise money through bond sales has been curbed amid government campaigns to cool the real-estate market and force corporate deleveraging, issued bonds on the exchange-traded markets, where regulations and window guidance is looser, rather than the interbank bond market, where conditions are tighter.

The central bank and the securities regulator reached agreement back in the second half of 2016 on cross-market enforcement, Caixin has learned, although to avoid any legal problems, implementation would need approval from the State Council. However, since then the two sides have been deadlocked over the specifics of how this would work in practice. The resumption of discussions signals a renewed push to resolve the impasse and could ultimately see the CSRC take over enforcement in the interbank bond market from NAFMII, which has limited powers to punish violations.

Nevertheless, oversight of the two bond markets has been stepped up. There have been more investigations into violations of the rules, and harsher punishments for irregularities have been meted out to create a more severe self-regulatory environment. In the exchange bond market, the number of disciplinary actions rose 60% in 2017 from 2016, while in the interbank bond market 170 institutions have been punished since 2015 including 150 issuers, more than in the previous seven years put together.

“This stricter self-regulation has become the basic trend, and heavy supervision from the top will continue to put pressure on the market,” the NAFMII source told Caixin.

But the growing number of violations, such as defaults, breach of contract, failure of intermediaries such as underwriters and accountants to conduct due diligence, and non-compliant information disclosure are adding to the urgency of overhauling the two bond markets.

For example, Ruihua Certified Public Accountants, one of the country's top accounting firms, was penalized in June 2016 for failing to assist NAFMII’s probe into Yunfeng Group Co., an audit client, which defaulted on 2 billion yuan of bonds. Ruihua was subject to two further punishments in 2017 for fabricating information in its audit reports and the CSRC temporarily banned it from taking on new securities-related business.

"Regulators are focusing on eight types of irregularities in the debt financing market, the source close to NAFMII told Caixin. These include non-compliant information disclosure, improper use of proceeds of bond sales, failure to disclose matters of significance to bondholders, publishing incomplete issuance documents and failure to publish timely notices of repayment.

NAFMII has punished 270 bond issuers for violation of information disclosure rules since 2008, according to its data.

Although regulators have now restarted discussions on how to carry out cross-market enforcement, market participants say more needs to be done to strengthen the self-regulatory system, such as integrating administrative and criminal punishment. There also needs to be an overarching disciplinary framework covering the entire bond market that works smoothly and efficiently.

“Coordination between the departments responsible for corporate bond regulation has led to progress and some consensus has been reached,” a source with a brokerage told Caixin. “But there is still a gap between what the market is expecting and what the market needs.”