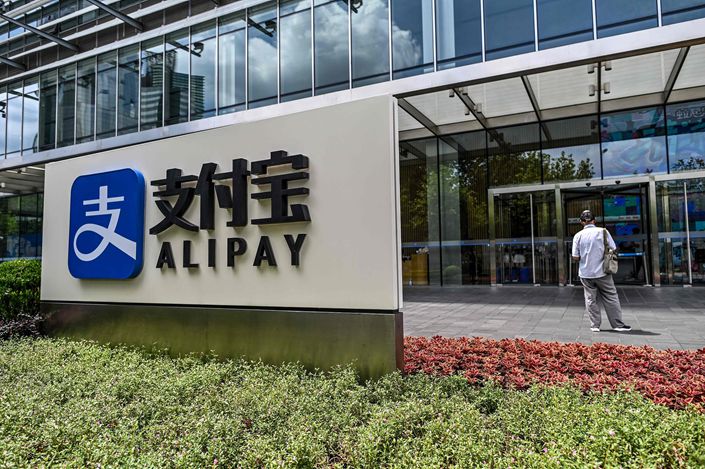 Ant Group has removed online deposit products from its Alipay app in accordance with regulatory requirements.

Ant Group Co. Ltd. has stopped offering products that allow users to deposit money with banks, some of which are regional lenders, as regulators voiced concerns about potential financial risks from pumping cash into institutions that could be less stable.

The fintech giant has removed online deposit products from its Alipay mobile payment app in accordance with regulatory requirements, an Ant Group spokesperson told Caixin on Friday. Users who have already deposited funds via the products will not be affected, they said.

The products, which allowed regional lenders to attract deposits nationwide, violate the rule that these banks are only allowed to operate businesses in their home market, Sun Tianqi, head of the central bank’s Financial Stability Bureau, wrote last month (link in Chinese).

Regulators have stepped up scrutiny of the country’s fintech companies, which have grown rapidly in recent years in large part due to their ability to sidestep some of the more stringent requirements for traditional financial institutions. The sector is now facing something of a crackdown as the scale of some firms’ risky financial services has grown too big to ignore.

These online deposit products have become a major channel for some small and midsized banks to ease their liquidity problems, Sun said. However, some of these banks have weak abilities to withstand risks, which would likely pose a threat to the stability of the market if any problem occurs, he wrote.

In early November, Ant Group’s potential record-breaking IPO was suspended two days before its scheduled debut, amid regulators’ concerns over its highly leveraged online lending business. Its chairman has since revealed his strong support for regulation.