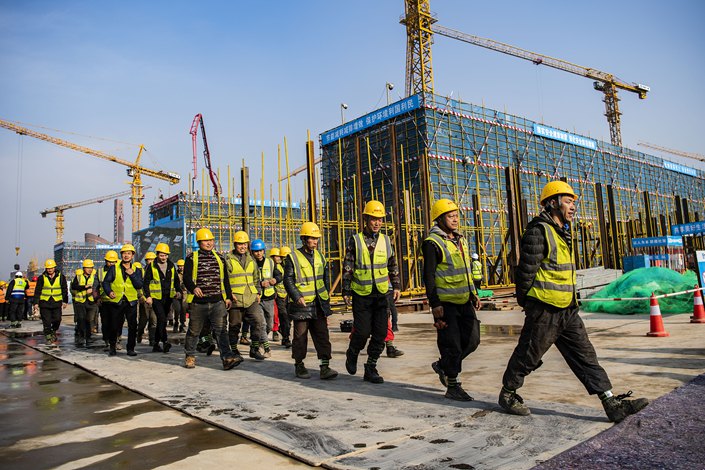 China’s economic recovery is looking good, but the country’s top planners still warn that it “is not on a firm footing yet.”

China’s annual Central Economic Work Conference laid out the country’s economic plan for 2021 and beyond. While reaffirming achievements made toward a robust recovery, it warned that “the economy is not on a firm footing yet” and “risks associated with the pandemic should not be ignored.”

Here are our key takeaways:

First, the commitment against a sharp reversal of accommodative policies

The conference called for the “continuity, stability and sustainability” of macro policies. Policies should be “targeted and effective,” while a policy U-turn is to be avoided. Proactive fiscal policy “should improve quality, efficiency and sustainability,” suggesting a mild retreat from the expansionary approach in 2020. Prudent monetary policy “should be flexible, targeted, reasonable and moderate,” and “keep macro leverage largely stable and strike a balance between economic recovery and risk prevention.”

Second, a shift from supply-side reform to demand-side management

The conference stressed that “while supply-side structural reform remains pivotal, attention must be paid to demand-side management,” reflecting an increasing focus on demand. Approaches will include creating jobs, improving social security, reforming income distribution, fostering the middle class, tapping into consumers in counties and smaller administrative regions, and increasing public spending by reasonable levels. The conference also mentioned the role of new infrastructure — data centers, internet of things, artificial intelligence, among others — and modern logistics in expanding effective investment.

Third, a reminder of lingering risk

Notably, the conference singled out four areas of risks in the aftermath of the domestic Covid-19 epidemic: local government debt, nonperforming bank loans that are set to rise in 2021, the debt evasion that was laid bare in the case of

The words “science and technology” and “innovation” appear frequently in the press release. We expect heightened requirement of research and development during China’s new five-year plan period, particularly in regard to information technology, semiconductors, renewable energy, pharmaceuticals and health care.

Fifth, a call for strengthening anti-monopoly and regulation on financial innovation

Despite the undisputed importance of digital economy, the conference stressed that online platforms should comply with the law. “Laws and regulations must be amended to clarify the definition of monopoly by platform enterprises, manage data collection and utilization, and protect consumer rights,” according to the press release.

Sixth, an emphasis on resolving the megacity housing dilemma

While housing speculation has remained anathema, the conference brought up the issue of housing rentals in megacities as Danke Apartment and other similar rental platforms remained in crisis.

Seventh, a sustained drive for reform and opening up that creates opportunities for yuan internationalization