ICBC President Will Be Chairman of Agricultural Bank of China 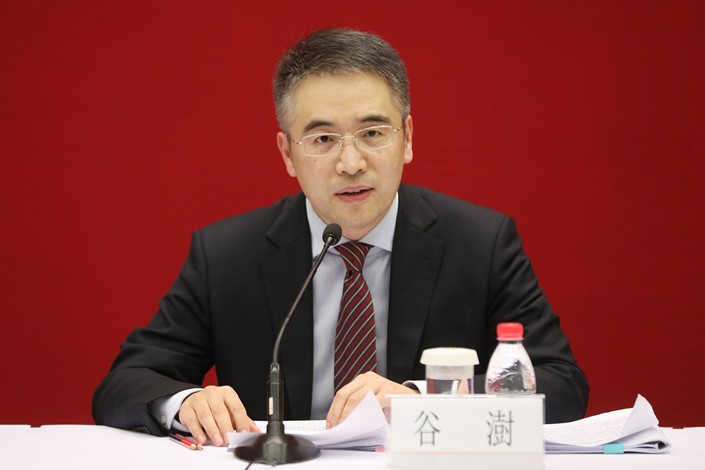 The president of the world’s largest bank will take over as chairman of Agricultural Bank of China Ltd. (ABC), sources with knowledge of the issue told Caixin.

Gu Shu, president of Industrial and Commercial Bank of China Ltd. (ICBC), the world’s largest commercial lender by assets, was named Communist Party chief of ABC on Thursday, and will take the chairman’s position after regulatory and corporate approval, the sources said.

Gu, 53, has worked at ICBC since 1998, where he headed several departments and overseas units, including those in London and Argentina. He took the president’s position in 2016.

Gu will replace Zhou Mubing, who has been ABC’s chairman since 2016. Zhou had served as a vice chairman of the now-defunct China Banking Regulatory Commission before going to work at the bank. It is unclear who will be the next president of ICBC.

China is home to the world’s four largest commercial banks by assets: ICBC, China Construction Bank Corp., ABC and Bank of China Ltd. The lenders’ combined assets exceeded 100 trillion yuan at the end of 2019, surpassing the country’s GDP that year.