Alibaba U.S.-Listed Shares Tumble Most Ever on China Monopoly Probe 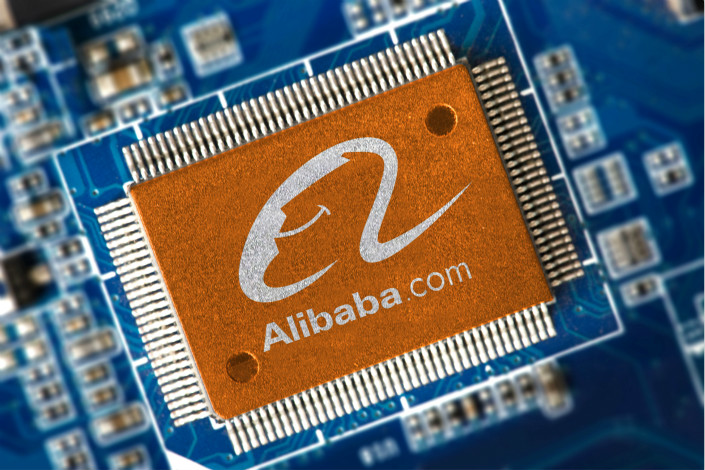 (Bloomberg) — Alibaba Group Holding’s U.S.-listed shares tumbled the most ever on concern over China’s inquiry into alleged monopolistic practices at the e-commerce company.

Affiliate Ant Group Co., the other pillar of billionaire Jack Ma’s internet empire, was also summoned to a high-level meeting over financial regulations. The pressure on Ma is central to China’s broader effort to rein in an increasingly influential internet sphere: Draft anti-monopoly rules released November gave the government wide latitude to restrain entrepreneurs who until recently enjoyed unusual freedom to expand their realms.

The Alibaba inquiry is “a warning that winds have shifted,” Bloomberg Intelligence said in a research note. The risk, analyst Vey-Sern Ling wrote, is that business operations “could face long-term headwinds” as a result of such moves.

The stock fell 13% in its biggest one-day drop on record. The decline took Alibaba to its lowest level since July, and the stock is now down 30% from an October peak. Roughly 141 million shares exchanged hands, the most for a single session since its 2014 debut.

Alibaba said in a statement it will cooperate with regulators in their investigation, and that its operations remain normal.

Once hailed as drivers of economic prosperity and symbols of the country’s technological prowess, Alibaba and rivals like Tencent Holdings Ltd. face increasing pressure from regulators after amassing hundreds of millions of users and gaining influence over almost every aspect of daily life in China.

The State Administration for Market Regulation is investigating Alibaba, the top antitrust watchdog said in a statement without further details. Regulators including the central bank and banking watchdog will separately bring in affiliate Ant to a meeting intended to drive home increasingly stringent financial regulations, which now pose a threat to the growth of the world’s biggest online financial services firm. Ant said in a statement on its official WeChat account it will study and comply with all requirements.

Ma, the flamboyant co-founder of Alibaba and Ant, has all but vanished from public view since Ant’s initial public offering got derailed last month. As of early December, the man most closely identified with the meteoric rise of China Inc. was advised by the government to stay in the country, a person familiar with the matter has said.

Ma isn’t on the verge of a personal downfall, those familiar with the situation have said. His very public rebuke is instead a warning Beijing has lost patience with the outsize power of its technology moguls, increasingly perceived as a threat to the political and financial stability President Xi Jinping prizes most.

While China is preparing to roll out the new anti-monopoly regulations, the country’s leaders have said little about how harshly they plan to clamp down or why they decided to act now.

China’s internet ecosystem — long protected from competition by the likes of Google and Facebook — is dominated by two companies, Alibaba and Tencent, through a labyrinthine network of investment that encompasses the vast majority of the country’s startups in arenas from AI to digital finance. Their patronage has also groomed a new generation of titans including food and travel giant Meituan and Didi Chuxing — China’s Uber. Those that prosper outside their orbit, the largest being TikTok-owner ByteDance Ltd., are rare.

The anti-monopoly rules now threaten to upset that status quo with a range of potential outcomes, from a benign scenario of fines to a breakup of industry leaders. Some analysts predict there’s a crackdown coming, but a targeted one. They point to language in the regulations that suggests a heavy focus on online commerce, from forced exclusive arrangements with merchants known as “Pick One of Two” to algorithm-based prices favoring new users. The regulations specifically warn against selling at below-cost to weed out rivals.

But Beijing’s diverse agencies appear to be coordinating their efforts — a bad sign for the internet sector.

The campaign against Alibaba and its peers got into high gear in November, after Ma famously attacked Chinese regulators in a public address for lagging the times. Market overseers subsequently suspended Ant’s IPO — the world’s largest at $35 billion — while the anti-monopoly watchdog threw markets into a tailspin shortly after with its draft legislation.

The People’s Daily, the mouthpiece of the Communist Party, warned Thursday that fighting alleged monopolies was now a top priority. “Anti-monopoly has become an urgent issue that concerns all matters,” it said in a commentary coinciding with the probe’s announcement. “Wild growth” in markets needs to be curbed by law, it added.

The chances that Ant will be able to revive its massive stock listing next year are looking increasingly slim as China overhauls rules governing the fintech industry, which in past years has boomed as an alternative to traditional state-backed lending.

China is said to have separately set up a joint task force to oversee Ant, led by the Financial Stability and Development Committee, a financial system regulator, along with various departments of the central bank and other regulators. The group is in regular contact with Ant to collect data and other materials, studying its restructuring as well as drafting other rules for the fintech industry.

“China has streamlined a lot of the bureaucracy, so it’s easier for the different regulatory bodies to work together now,” said Mark Tanner, managing director of Shanghai-based consultancy China Skinny. “Of all the regulatory hurdles, this is the biggest by a long shot.”