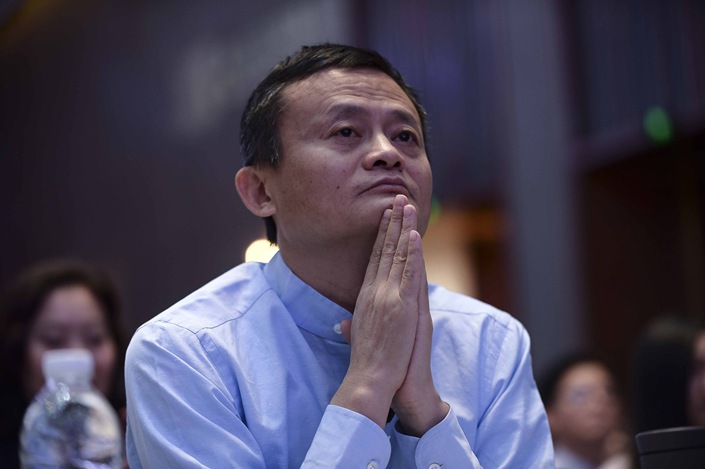 The State Administration for Market Regulation (SAMR) said in a one-line statement (link in Chinese) Thursday that it was investigating the company for alleged monopolistic practices.

It specifically cited Alibaba’s practice of forcing merchants to “pick a side,” meaning to work with it exclusively and shun its rivals. Two of those rivals, including JD.com Inc, and Pinduoduo Inc., have both previously complained about the practice.

Alibaba confirmed (link in Chinese) it had received the notice and said in a statement this morning that it would actively cooperate with the investigation.

In a separate development, financial regulators said Thursday (link in Chinese) that Ant Group Co. Ltd., Alibaba’s fintech affiliate whose IPO was halted last month, will be summoned by the central bank, the banking and securities watchdogs and the foreign exchange regulator in coming days and told to compete fairly and protect consumer rights.

The investigation of Alibaba comes after the Communist Party’s top decision-making body vowed at a Dec. 11 meeting to strengthen anti-monopoly efforts next year as it seeks to rein in what the Politburo called “disorderly capital expansion.”

Daniel Zhang, Alibaba’s chairman and CEO, said at a Nov. 23 government-sponsored internet summit that the company will “actively learn from and respond to national policies and regulations.”

Although Zhang didn’t specify which regulations he was referring to, it’s likely his intended audience was the SAMR, the government agency responsible for oversight of market competition, monopolies, intellectual property and drug safety.

Zhang’s words were also notable for their sharp contrast with an antagonistic speech made by Alibaba founder Jack Ma in front of regulatory officials at a summit late in October, days before they forced Ant Group’s IPO back to the drawing board.

Their publication followed a Nov. 6 meeting of the market regulator, internet regulator and State Taxation Administration, where officials made it clear that internet platforms should not abuse their dominant positions to force merchants to choose between platforms.

In June, top microwave-oven brand Galanz told Caixin that it applied to withdraw its lawsuit accusing Alibaba of abusing its market dominance by forcing merchants to “pick a side” when deciding where to sell their wares online. The court hearing the case in the southern city of Guangzhou approved the request, the company confirmed to Caixin.

The “pick a side” phenomenon can have a number of meanings, including limiting a merchant’s sales presence to one platform or choosing a single platform for promotions during big shopping holidays.

Such conditions work against relative newcomers like Pinduoduo, since most of the hottest merchants on its platform are third-party sellers, making it less attractive for brand owners to set up flagship stores.

A person close to Pinduoduo previously told Caixin that due to the “pick a side” phenomenon, some brands had asked to have their brand-owner status deliberately obscured on Pinduoduo’s site and therefore couldn’t open properly labeled flagship stores.

Although China introduced anti-monopoly legislation 12 years ago, there have to date been no major punishments meted out under the law, even as the digital economy has increasingly concentrated around two companies — Alibaba and Tencent — across everything from digital payments and finance to e-commerce and gaming.

In January, the authorities released a draft revision (link in Chinese) of the Anti-Monopoly Law, the first overhaul since it was promulgated in 2008, aiming to give the law more teeth and rein in the dominance of the country’s internet Goliaths. The draft broadens the criteria used to assess a company’s control of a market and, for the first time, brings internet companies under the scope of the law.

Earlier this month, the SAMR fined Alibaba 500,000 yuan ($76,500) for failing to seek approval before increasing its stake in department store chain Intime Retail Group Co. Ltd. to about three-quarters in 2017.

The antitrust watchdog fined two other firms for similar breaches and also announced it was reviewing the combination of DouYu International Holdings Ltd. with Huya Inc., which could create a Chinese game livestreaming leader akin to Amazon.com Inc.’s Twitch Interactive Inc.