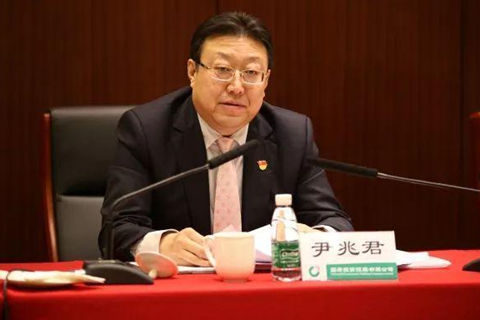 The company has announced the appointment of Yin, a vice president at China Life Insurance (Group) Co., at a meeting on Friday morning, the sources said.

Yin, 55, will fill a post that has been vacant for two months, as the last general manager, Wang Sidong, was promoted to company chairman in October.

Yin had worked for large state-owned lender Bank of Communications Co. Ltd. for 26 years before moving to China Life Insurance in 2016. Because much of Yin’s experience has been in banking, it could be a challenge for him to switch to the insurance business, said a source close to him. Still, for the insurer, there may be advantages to appointing an executive with a different point of view, the source said.

China Taiping is one of the largest insurers in the country, with operations both at home and abroad. At the end of last year, it reported (link in Chinese) 825 billion yuan ($126.4 billion) in total assets, up 25% from a year earlier, while its revenue was up 21% to 220 billion yuan.

China Taiping has taken a hit this year from the Covid-19 pandemic. In the first half, its Hong Kong-listed subsidiary, China Taiping Insurance Holdings Co. Ltd., reported that its net profit attributable to shareholders (link in Chinese) slumped 57% year-on-year to HK$2.9 billion ($374 million).

While at China Life Insurance, Yin also held the post of president of China Guangfa Bank Co. Ltd., starting in September 2019. The insurer is the largest shareholder of the Guangdong province-based lender.