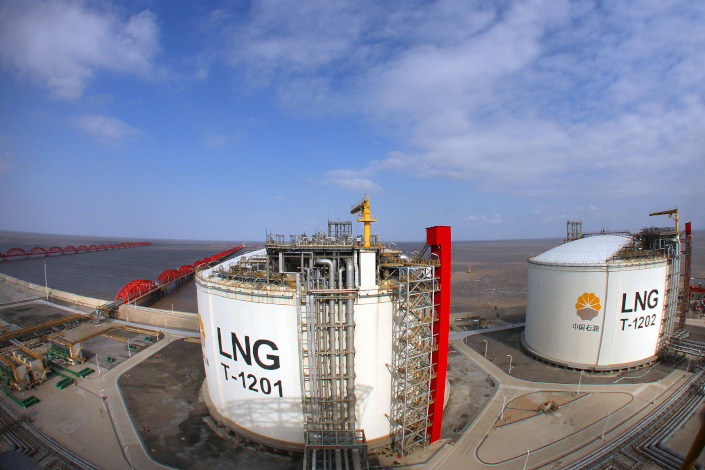 China’s liquefied natural gas (LNG) prices have risen sharply as demand spiked due to a colder winter, supply strained by low inventory levels and a government push to use gas rather than coal for heating.

The LNG benchmark price — which tracks prices in three gas-hungry eastern provinces — settled at 6,833 yuan ($1,044) per ton on Friday after jumping as high as 8,996 yuan per ton on Dec. 21. The week-ago price was nearly twice as much as last year’s peak of 4,573 yuan a ton, according to commodity market information provider Sublime China Information Co. Ltd.

Demand rose as La Nina conditions prevailed through the country, which the China Meteorological Administration has blamed for colder-than-usual weather. Coming as the government pushes a move from coal to gas for heating, residential gas consumption in November increased by 12.6% year-on-year, data from Chongqing Petroleum and Gas Exchange showed.

In the resulting supply crunch, China consumed a total of 30.7 billion cubic meters of LNG last month, while the total remaining supply stood at 29.7 billion cubic meters. Fewer purchases by gas companies have in part contributed to the strained supply, a senior gas analyst told Caixin, as sluggish demand in January to September lowered the market forecast for the winter season. “This (supply crunch) is far beyond my expectation” said the analyst.

Multiple provinces, including Shandong and Gansu, have set limits on nonresidential use of LNG in order to ensure residential supplies. Caixin has learned that strained supplies are also playing out in Guangdong and Jiangsu provinces.

Further pressuring supply was the recent fire at an LNG terminal in the southern city of Beihai, which killed seven and injured two. Operation of the Beihai LNG terminal resumed on Thursday after being suspended for almost two months. The terminal is responsible for the gas supply for 14 surrounding cities in Guangdong province and the Guangxi Zhuang autonomous region.

Two of the country’s three big energy conglomerates have ramped up gas supply to ease the strain. But those measures may not be able to reduce the volatility of LNG prices, as some industrial insiders warned that January is usually the coldest month in China, driving up demand for heating.