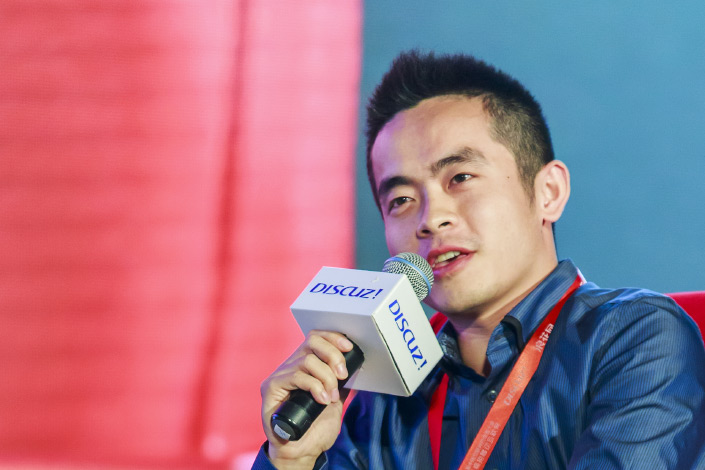 Wang Yue, the founder and former chairman of Kingnet.

The founder of Chinese game developer Shanghai Kingnet Network Co. Ltd. has been jailed for stock manipulation in the second scandal to rock the gaming industry within a week.

Wang Yue was sentenced to five years and six months in prison and fined 10 million yuan ($1.5 million) by Shanghai No. 1 Intermediate People’s Court for manipulating securities markets, the company said in a filing (link in Chinese) to the Shenzhen stock regulator Saturday.

No details on Wang’s wrongdoings have been released by the company, court or regulatory bodies. The filing said Wang’s case hasn’t had an impact on the company’s operations as he no longer holds any position at Kingnet, though he does hold a 22.44% stake in the firm.

Stock price manipulation is not uncommon in China due to relatively lax regulatory oversight. Earlier this year, a group of 31 people in East China’s Zhejiang province were found guilty of manipulating eight stocks to make a total profit of 400 million yuan in a scheme that started in 2016, with a pair jailed for over five years, according to the state-run Xinhua News Agency.

The conviction comes after Kingnet announced in March 2019 that Wang “resigned for personal reasons” and later “went missing for unclear reasons.” Three months later, the company announced that Wang had been arrested by Shanghai police and his Kingnet assets had been frozen.

In another June 2019 statement, Kingnet said Chief Financial Officer Chen Yongcong and former supervisor of the board Lin Bin had been arrested on charges of “violating faith to harm the interests of the listed company.” They have since been released without charge and Chen remains the company’s financial chief, general manager and a board member.

Founded in 2008, Kingnet develops and distributes online games and runs the xy.com mobile gaming platform. The company is best known for its browser game Tanwan.com, but over 60% of its revenue comes from mobile phone games. Its revenue from browser games fell 40% in the first half of this year, the company said.

Wang became one of the world’s youngest billionaires in 2016, according to Forbes, after Kingnet went through a back door listing in Shenzhen that year.

His imprisonment comes just days after Lin Qi, the chairman of game developer Yoozoo Games Co Ltd. died in a suspected poisoning. Yoozoo is best known as the developer of “Game of Thrones: Winter Is Coming,” a strategy game based on the HBO hit series.