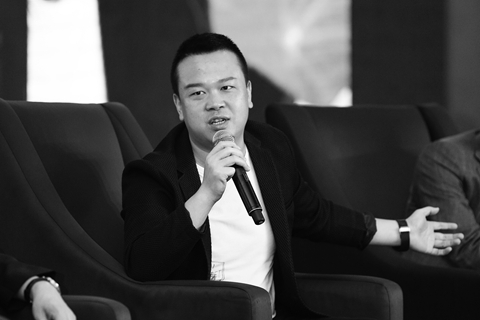 The chairman and chief executive of Chinese game publisher Yoozoo Games Co. Ltd. died Friday after a suspected poisoning by a co-worker, in a case that has riveted China due to its connection with a best-selling sci-fi series.

Yoozoo announced the death of Lin Qi, 39, on Friday, following the Shanghai police’s announcement of his hospitalization Wednesday due to suspected poisoning.

“Good bye youth,” the company said in a message on its official microblog, using a word that is part of several of its hit game titles. It added it would continue to believe in and forge ahead in the name of goodness and benevolence.

Police said they had arrested Lin’s colleague, a 39-year-old male whose last name was only given as Xu, who is suspected of the poisoning.

Several gaming industry sources told Caixin the arrested person could be Xu Yao, a former Yoozoo director who works at the company’s motion picture subsidiary, where he was leading a project to create films based on the acclaimed “The Three-Body Problem” science fiction novels.

Xu had a background in law, graduating from the insurance law section at France’s Paul Cézanne University in 2006 and subsequently completing study at the University of Michigan law school in the U.S. two years later. He later returned to China and worked at well-known financial conglomerate Fosun Group before joining Yoozoo in 2017.

He resigned from the company’s board in 2019 and went to its film division. It was there that he took charge of “The Three-Body Problem” project, based on a wildly popular sci-fi series by Liu Cixin that has also developed an overseas following after being translated into English.

Yoozoo acquired the movie rights to the entire series when it set up its movie division in 2014, and at that time announced plans to spend 200 million yuan ($31 million) to make the films. The company has increased its spending, but the movies have been delayed repeatedly.

Police are investigating the case, and details behind why poisoning is suspected and how it may have happened are still not known.

Yoozoo is best known as developer of “Game of Thrones: Winter Is Coming,” a strategy game based on the HBO hit series. As one of the first Chinese game publishers to explore the overseas market, Yoozoo generated 63% of its revenue from overseas in 2019.

The company went public in 2007. Lin was a strong believer in the value of owning intellectual property (IP), and the company had stated a strategy of developing its own stable of IP and aiming for worldwide distribution.

Yoozoo has been facing increasingly fierce competition in the gaming market and has seen declining profit margins and lower profits. Like many others in the sector, it took a big hit in 2018 when China’s gaming regulator put a freeze on new game approvals for most of the year, only resuming such approvals at the end of the year.

More recently Yoozoo has performed better as its industry has benefited from home gaming during the Covid-19 pandemic. Its revenue increased 41% in the first three quarters of 2020, but its profit declined 21% compared with the same period last year. Its gross profit margin narrowed from 70% in 2014 to 31% in 2019, lagging behind the industry, according to the company’s financial reports.

Lin had been selling down his holdings in the company in recent years, with his stake now at about 24%, versus about 35% at the end of last year’s second quarter. Yoozoo previously explained that Lin was selling down his stake as part of an effort to reduce the company’s debt burden. At the time that was happening, the company also saw four of its directors leave its board last year, including Xu.

Hit by the news of its CEO’s hospitalization, Yoozoo’s Shenzhen-listed shares have plunged. Its market value has shrunk 40% in the past year.