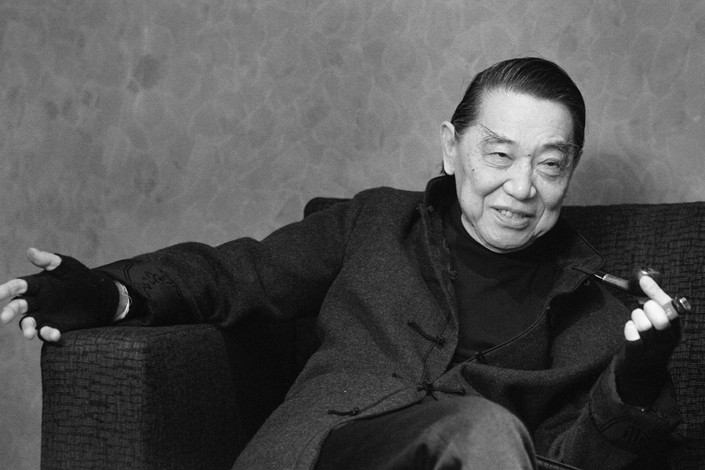 Fou Ts’ong, one of the first Chinese musicians to win global recognition, died on Dec. 28 in London at the age of 86 from Covid-19.

Fou was born in Shanghai on March 10, 1934. His father, Fou Lei, was a famous translator of French literature and his mother Zhu Meifu came from a prominent family.

He showed a talent for music at a young age, taking piano lessons from conductor and pianist Mario Paci, the Italian founder of the Shanghai Symphony Orchestra.

In 1951, he made his professional debut in Shanghai with a performance of Beethoven’s Fifth Concerto. Two years later, he won third place at the Bucharest Piano Competition. At the age of 21, he was placed third at the prestigious Fifth International Chopin Piano Competition in Warsaw.

After his success, he was offered a scholarship to Poland’s Chopin University of Music. On his graduation in 1958, he chose not to return to China but instead moved to the U.K.

In 1957, the Chinese government had launched the Anti-Rightist Campaign, which saw his father labeled a politically suspect “rightist.” Fou’s move to the U.K. the following year was seen by some in China as a betrayal, and his family endured a backlash.

The letters Fou Lei wrote to his son from 1955 onwards were later compiled into a best-selling book. In one letter, he explains to Fou Ts’ong how he should approach art. “First, you need to be a human. Second, an artist. Then, a musician. Finally, a pianist.”

After Fou Ts’ong settled in London, he toured all around the globe. After 1979, he made visits to the country of his birth to perform.

The day before his death, Fou’s former student Kong Jianing, a professor at Royal College of Music, confirmed that he had been diagnosed with Covid-19. Kong said Fou had already been in hospital for two weeks.