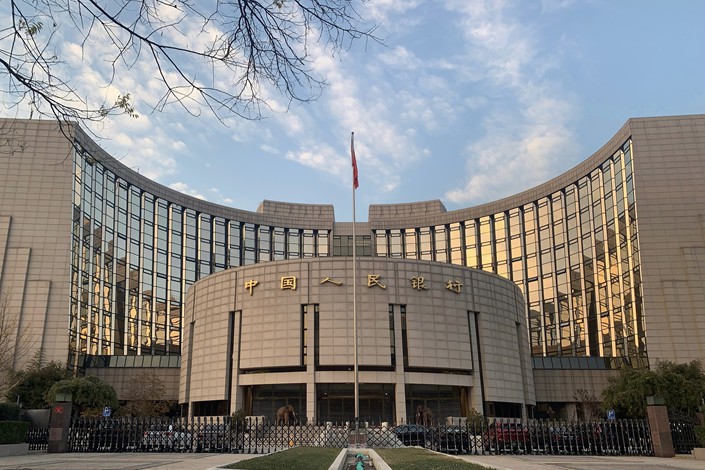 China’s central bank has waived permits for financial institutions applying to become market-makers as part of its effort to reform the country’s interbank bond market.

China’s central bank took another step forward in reforming the country’s interbank bond market by cutting red tape for market-makers and delegating oversight in an effort to boost liquidity and streamline administration.

Financial institutions applying to become market-makers (做市商) will no longer need to secure a permit from the central bank and will only need to sign an agreement with bond-trading platforms such as the National Interbank Funding Center (NIFC), the People’s Bank of China (PBOC) said (link in Chinese) in a notice on its website Friday. The National Association of Financial Market Institutional Investors (NAFMII), a self-regulatory body for the interbank market, will be given responsibility for supervising them. Both the NIFC and NAFMII are central bank-backed agencies.

Market-makers play a crucial role in financial markets by providing liquidity and guaranteeing to buy or sell securities at publicly quoted prices. But although China now has the world’s second-largest bond market, it is still relatively immature and market-makers are much less important, which is hindering transparency and price discovery, the process of determining the proper market price for debt. The majority of trading in China is carried out between institutions themselves, bypassing market-makers who accounted for just 42.4% of all spot transactions on the interbank bond market in 2019, according to a NAFMII report published in August. That compares with more than 95% (link in Chinese) in some more mature markets like the U.S.

In a major report on China’s bond market last year, the International Monetary Fund called for regulators to boost trading between market-makers to improve price discovery and market efficiency.

“This could be accomplished by encouraging greater market infrastructure dedicated to an active interdealer market, strengthening market-making obligations at official primary dealers, and reducing impediments to trading across market venues,” the report said. “These measures should be an important component of efforts to unify bond market regulation and reduce the fragmentation of liquidity, issuance and investor access between different trading venues.”

The aim of the new rules is to “encourage qualified domestic financial institutions with market-making capabilities to further participate in and provide market-making services to better meet the liquidity needs of the market, improve the function of price discovery (价格发现) and promote fair competition,” the PBOC said (link in Chinese) in October when it issued a draft of the regulations that will go into effect on April 1.

There were 30 market-makers in China’s interbank bond market at the end of 2019, consisting of banks and securities firms, according to the NAFMII report. There were also 55 probationary institutions (尝试做市) offering market-making services.

The PBOC’s new rules clarify for the first time the rights and benefits market-makers can enjoy. For example, the performance of an institution’s market-making business will be used as a reference to determine whether it is qualified to participate in underwriting Chinese government and corporate bond issuance. Market-makers will also be able to benefit from the trading information provided by trading platforms and get preferential treatment to participate in market innovations such as derivatives, according to the PBOC statement.

The clarification could help address one of the problems in attracting institutions to become market-makers and build up their business –– the lack of incentives. Industry participants told Caixin that although the latest regulations show that progress is being made in improving the system, more measures will be needed to build up the influence of market-makers and encourage them to be more active. The rights of market-makers should be commensurate with their obligations of providing liquidity to the market, they said.

In overseas markets, market-makers usually have the exclusive right to communicate with institutional investors, but in China intermediaries are also able to deal with institutions that buy and sell bonds on the interbank market and can submit pricing quotes to them, thus bypassing the market-makers.

Although incentives are in place, some, such as rankings for market-makers based on their performance, are counterproductive and tend to distort trading behavior, a source close to the PBOC told Caixin. The NAFMII is considering abolishing the ranking system, sources with knowledge of the matter told Caixin.

Some companies provide market-making services mainly to obtain a high ranking and some institutions will pretend a deal is facilitated by a market-maker even though they negotiated the terms themselves, one bond industry insider said. As a result, the number of transactions facilitated by market-makers in reality may be smaller even than the figure quoted in NAFMII’s report in August.