Exclusive: Fosun and Germany’s BioNTech to Make Vaccine in China 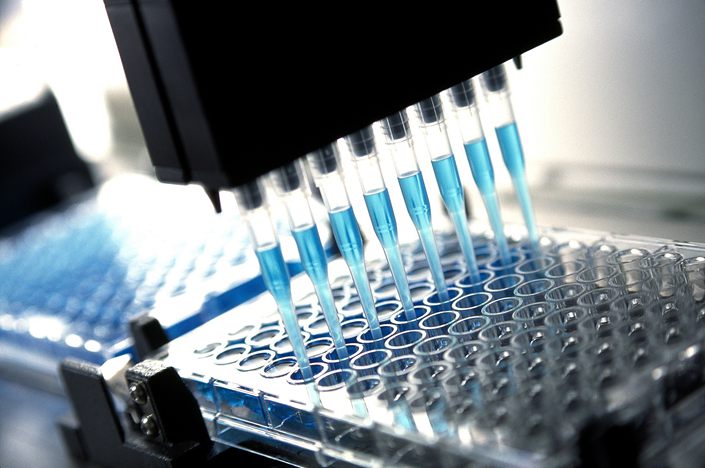 Fosun, the China partner of BioNTech, plans to build a production facility in China with first-phase annual production capacity of 200 million doses of BioNTech’s vaccines, the sources said, without giving a clear timeframe for the project. The facility will include one production line for vaccine concentrate and two lines for final products.

Under the partnership, production of BioNTech vaccine in China will start with local packaging of imported vaccines and later expand to local preparation and output of vaccine concentrate, Caixin learned. Shanghai Chemo Wanbang Biopharma Co. Ltd., a Fosun subsidiary, will manufacture the vaccines in China, with Fosun handling storage and sales.

The shots, developed by BioNTech and American drugmaker Pfizer Inc., won approval this month from regulators in the U.K., the U.S., Canada and the European Union to become the first Western coronavirus vaccine to be rolled out to the public.

Fosun, whose shares are listed on the Shanghai and Hong Kong exchanges, said earlier this month it will buy at least 100 million doses of the vaccine produced by BioNTech’s German plant for inoculation of 50 million people in China next year.

Caixin learned that Fosun has started conducting surveys and accepting pre-registration for the new shot at some Chinese companies and expects to carry out inoculations in the first quarter of next year. The company plans to deploy the vaccine at as many as 10,000 inoculation centers across the country.

The new vaccine is still undergoing clinical trials in China and is awaiting regulatory approval for public use. Fosun and BioNTech began a mid-stage clinical trial of the vaccine in East China’s Jiangsu province last month that will be used to support its application to Chinese regulators, according to the companies.

The Pfizer-BioNTech vaccine showed 95% effectiveness against the coronavirus based on clinical trials overseas and had a solid safety profile in some jurisdictions, with experts saying it is also likely to prevent virus transmission, though evidence for that is still pending.

One of the challenges Fosun will face is maintaining the super-cold temperature of minus 70 degrees Celsius needed throughout the supply chain to safeguard the fragile strands of genetic material that make up the vaccine.

Fosun has been preparing a 2,000-square-meter warehouse with ultralow temperature control facilities in Shanghai to store the vaccines. The size of the warehouse is set to be doubled. A technician at the unit told Caixin Wednesday that workers were testing nearly 100 freezers that can be used for storing 5 million doses of the BioNTech vaccine starting next month.

China has five domestically developed vaccines in late-stage clinical trials around the world. More than 1 million people have been vaccinated in a controversial program under which emergency-use status was awarded to two vaccines developed by units of state giant Sinopharm and one each from private companies Sinovac Biotech Ltd. and CanSino Biologics Inc. None has published detailed data from late-stage trials.