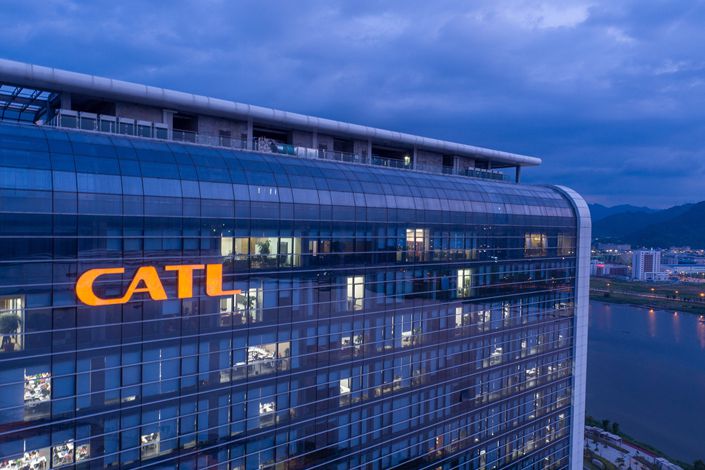 CATL will spend up to 22 billion yuan to increase the capacity of two of its battery manufacturing hubs in Jiangsu and Sichuan provinces, plus 17 billion yuan on a new lithium-ion battery project at its headquarters in the city of Ningde, Fujian.

The Fujian province-based company will spend up to 22 billion yuan to increase the capacity of two of its battery manufacturing hubs in Jiangsu and Sichuan provinces, according to two statements filed to the Shenzhen Stock Exchange on Tuesday. The construction will take up to two years to complete, the company said.

CATL will also invest up to 17 billion yuan in a new lithium-ion battery project at its headquarters in the city of Ningde, Fujian. This will take up to 26 months to come online.

CATL didn’t disclose the dimensions of the three projects, but a report by Soochow Securities Co. Ltd. estimated the planned investments equal around 130 gigawatt-hours (GWh) of additional capacity.

Shares in CATL closed up 10.39% based on the announcements on Wednesday, taking the company’s market capitalization close to 800 billion yuan.

The Shanghai-listed firm has announced several investment plans this year that indicate a bullish outlook for new-energy vehicles (NEVs). It plans to build a $5 billion lithium battery factory in Indonesia after setting up its first overseas battery factory in Germany last year.

It is also seeking to tap upstream mining opportunities. The Straits Times reported in October that CATL has made a joint venture agreement with Indonesian state-controlled miner Aneka Tambang (Antam) to conduct nickel mining and processing activities.

Thanks to booming NEV sales in China, which are expected to rise 8% in 2020, CATL retains an adequate cash flow.

Its quarterly report shows the company’s cash and cash equivalent value jumped 162.6% to 60.5 billion yuan as of September from the end of last year.