Five Things to Know About the New China-EU Investment Agreement 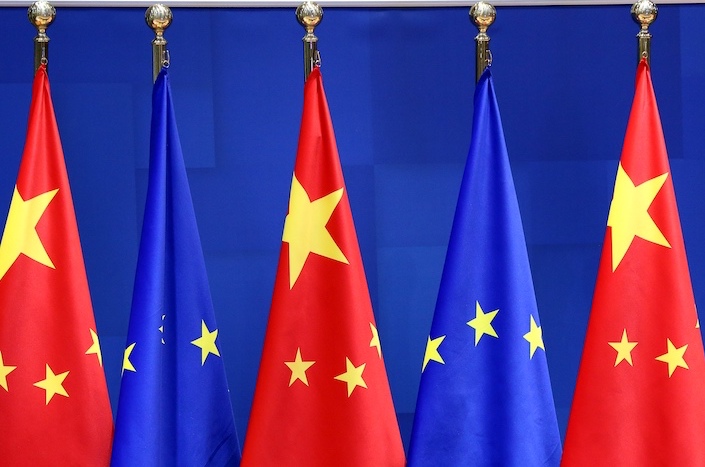 The EU-China investment deal was about seven years in the making.
China and the European Union concluded long-running negotiations on a bilateral investment agreement this week to give each region’s businesses greater access to the other’s markets.

The two sides finished talks around the Comprehensive Agreement on Investment just before a year-end deadline and ahead of the Jan. 20 inauguration of U.S. President-elect Joe Biden, who vowed to form an alliance with allies in challenging China.

“China has committed to an unprecedented level of market access for EU investors, giving European businesses certainty and predictability for their operations,” the European Council said in a release.

In Beijing, President Xi Jinping said the accord shows China's determination and confidence in advancing high-level opening-up and will make significant contributions to the building of an open world economy, according to the official Xinhua News Agency.

The EU-China investment deal was about seven years in the making. It still needs to be translated and reviewed before being signed. Here are some key facts about the deal.

What is the agreement?

The China-EU Comprehensive Agreement on Investment (CAI) is a bilateral investment treaty replacing 26 existing accords between China and every EU member country except Ireland. It aims to facilitate greater market access, reduce barriers to investment and regulate competition.

What’s in the deal?

China agreed to eliminate equity caps or joint-venture requirements in a number of sectors in manufacturing and services.

China will make a significant commitment to market access in manufacturing, the most important sector for EU investment in China. More than half of the direct investments from the EU to China have gone to manufacturing. China's commitments include cars, transport, health equipment and chemicals

Financial services: Joint-venture requirements and foreign equity caps imposed on EU investors will be removed for banking, trading in securities and insurance and asset management.

Telecommunication/Cloud services: China agrees to lift the investment ban for cloud services. They will now be open to EU investors subject to a 50% equity cap.

Computer services: China agrees to binding market access for computer services, a significant revision. China would also include “technology neutrality,” ensuring that equity caps imposed for value-added telecom services would not be applied to other services such as financial, logistics and medical, among others, if offered online.

Air transport-related services: China will open up in the key areas of computer reservation systems, ground handling, and sales and marketing services. China will also remove its minimum capital requirement for rental and leasing of aircraft.

On an equivalent basis, China would have access to invest in some strategic areas in the EU, such as renewable energy.

The CAI will be the first agreement to set obligations for the behavior of state-owned enterprises and comprehensive transparency rules for subsidies.

In the CAI, China ensures that SOEs active in the market will make decisions based solely on commercial considerations. China promises that SOEs will not discriminate against European companies in their purchases and sales of goods or services. China also commits to share information and enter into consultations if the behavior of SOEs affects EU investors.

The CAI obliges China to transparency concerning subsidies in the services sector. It also includes a commitment to share information and consult on specific subsidies that could have a negative effect on the investment interests of the EU.

The CAI lays a clear prohibition on investment requirements that compel transfer of technology. It requires no interference in contractual freedom in technology licensing and protection of confidential business information.

For the first time, China agrees to solid provisions on sustainable development, including in relation to environment and climate, such as implementation of the Paris Agreement, as well as corporate social responsibility and labor.

How long did the negotiation take?

It took almost a decade for the two sides to reach agreement. The formal negotiations were launched in 2013 but failed to reach any consensus due to disagreements among EU members.

Progress remained slow over the following years. Talks on the deal regained momentum in the second half of 2020 after stalling amid uncertainties related to the U.S. presidential election. In September, the sides reached preliminary agreement on the first chapter about fair competition, paving the way for further talks to accelerate. Here are some key milestones:

• February 2012: Political agreement between the EU and China to launch negotiations

• January 2014: First round of negotiations

• April 2019: Joint statement on setting 2020 as a target date for concluding a CAI during 21st China-EU Summit

• June 2020: Commitment to reaching a China-EU CAI within 2020 during 22nd China-EU Summit via video conferencing

• September 2020: Reaffirmation to accelerate and conclude negotiations on China-EU CAI within the year

How big are bilateral trade and investment between China and the EU?

Compared with trade, the amount of bilateral investment is disproportionately low. China's foreign direct investment in the EU remained at around 10 billion euros annually from 2016-19, with a 20.7% year-on-year increase in 2019. EU investment in China amounted to $7.31 billion in 2019, a 29.9% year-on-year decrease from 2018.

What sectors are expected to benefit?