By An Limin and Cora Zhu 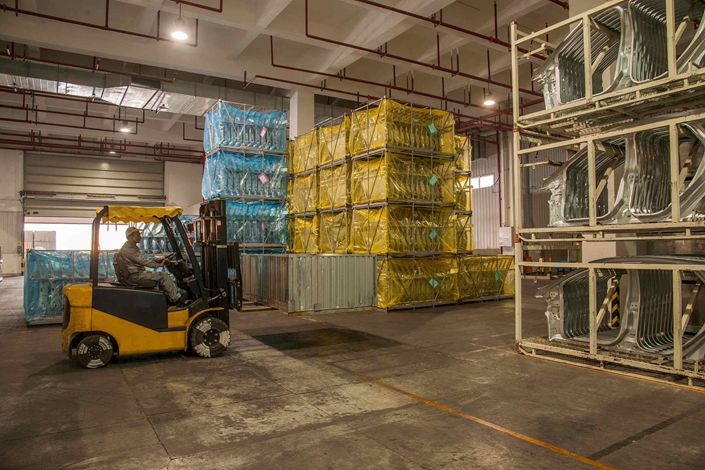 The novel coronavirus has been detected on auto part packaging across northern China after an outbreak at a Beijing warehouse, however experts said that the risk of catching Covid-19 from the contaminated surfaces was remote.

The virus was identified on packages in the provinces of Shandong, Shanxi and Hebei, as well as the Inner Mongolia autonomous region, according to the authorities in each region.

The greatest number of contaminated items were found at a Daimler car dealership in Hohhot, capital of Inner Mongolia, where the virus was discovered on five packages.

Municipal officials have concluded that the company hadn’t followed disease-prevention rules, including mandatory mask wearing. Both the warehouse and the Jinma Industrial Zone have been sealed off. The company said in a statement last week it was working with the authorities to investigate the warehouse and isolate workers.

The Shunyi warehouse mostly distributed goods to northern China. Daimler Northeast Asia Parts operates a total of seven warehouses in the capital, a person familiar with the matter said.

However, Wu Zunyou, chief epidemiologist at the Chinese Center for Disease Control and Prevention, said the risk of new infection clusters due to the packages was low due to the small number of contaminated items.

Wu said the packaging was infected by virus-carrying workers at the Shunyi warehouse, not vice versa. Also, the cold weather experienced by northern China recently means that the virus has been able to survive on the packages’ exterior for longer than usual.

The Beijing authorities said that the virus was not introduced to the warehouse by contaminated imported products. Contamination via imported goods, especially “cold chain” products such as frozen food, was blamed for a number of local coronavirus outbreaks in China last year.

The Chinese capital has seen a resurgence in cases since mid-December, with a total of 28 people testing positive as of Jan. 3. Local health authorities have concluded that the source of the outbreak was a 28-year-old Indonesian man who arrived in Beijing on Dec. 10 and tested positive more than two weeks later.