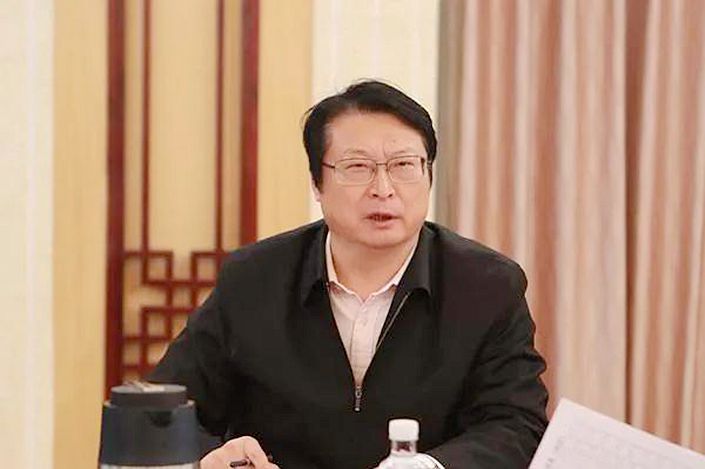 A former commander of China’s aircraft carrier development program and veteran of its shipping industry has been expelled from the Communist Party of China for violating Party discipline, the country’s top graft buster said Monday.

The committee’s statement (link in Chinese) on the investigation includes a lengthy list of Hu’s violations of party protocols and alleged legal breaches.

These include “losing his faith and party spirit, ineffective in implementing major party decisions,” and “illegally playing golf, visiting private clubs and accepting banquets that might affect the impartial execution of his official duties.”

However, the statement didn’t elaborate on accusations about Hu arranging for a subsidiary to invest in stocks that caused significant losses and exposed state-owned assets to risk, or him organizing remunerated positions for family members in private companies.

The investigation into Hu was triggered by an internal tip-off when central government authorities sent an inspection team to China Shipbuilding Industry in 2019, a source inside the company told Caixin. His fall was linked to the fund management of China State Shipbuilding Corp., of which he served as vice president between 2010 and 2012, and chairman until 2015, the source said.

The Chinese shipbuilding conglomerate conducted a series of acquisitions when Hu was in charge. In 2014 alone, a unit of the company outlaid 6.5 billion yuan ($1 billion) to acquire three major domestic shipbuilders, despite a depression in the industry.

Hu’s disciplinary and illegal gains will be seized, and he will be held for prosecution, the statement said.

Hu was one of the first batch of students to enter college after China resumed higher education examinations in 1978. He graduated from Nanjing University of Aeronautics and Astronautics.

Hu started his career at a state-owned aircraft manufacturing plant in Suzhou, East China’s Jiangsu province, and worked his way up through major state-owned arms companies to Beijing-based China Aviation Industry Corp. in 2001. He was the chief commander of China’s first self-made aircraft carrier’s development, and a member of the party’s Central Commission for Discipline Inspection from 2012 to 2017.