By He Shujing and Timmy Shen 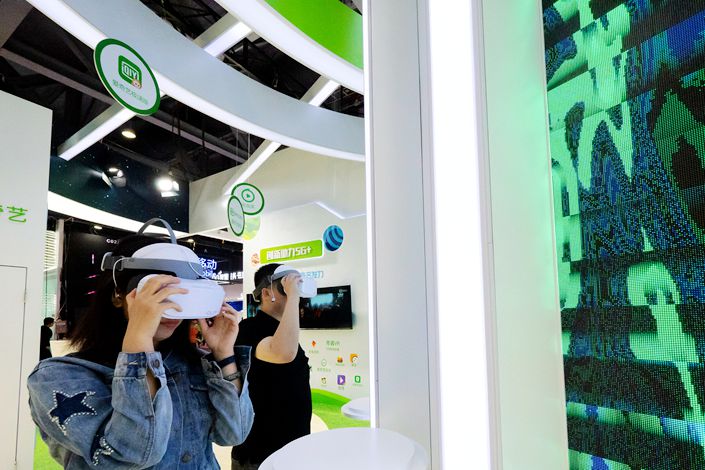 IQiyi Smart, the virtual reality equipment arm of online video giant iQiyi, has announced that it has secured hundreds of millions of yuan in series B financing.

IQiyi Smart, the virtual reality (VR) equipment arm of online video giant iQiyi Inc., said Monday that it has secured hundreds of millions of yuan in its series B round to plow into developing hardware and creating content.

Xiong Wen, CEO of Chongqing iQiyi Intelligent Technology Co. Ltd., told Caixin that the proceeds raised from the financing round, jointly invested by Yitang Changhou Fund and Fresh Capital, will be used to deepen the company’s VR hardware development and create content with a focus on games. The company did not reveal the exact size of the funding round.

Set up in 2016, iQiyi Smart in November 2019 introduced external investment and completed its series A financing round led by Addor Capital and joined by Betrust Capital. Upon the completion of the series B round, iQiyi will remain the largest shareholder of the VR-gear maker. Prior to the round, iQiyi held a 72% stake in iQiyi Smart, public record showed.

With the latest round, investors are betting big on future growth as demand for VR services has yet to materialize in China given the immaturity of the technology and the often prohibitive technical costs of making VR content. However, many consider that the country’s push to roll out 5G mobile networks will boost the sector’s development.

VR technology allows users to strap on a headset, grab a control and manipulate objects in a simulated world, and has huge implications for gaming, education and more. But the technology has failed to really break through into the mainstream despite existing for decades — American computer scientists invented what is widely considered to be the first VR headset in 1968.

China’s tech scene saw a VR heatwave in 2016 with startups and investors piling in after global tech giants such as Facebook, Sony Corp., Google LLC and HTC Corp. started developing hardware. VR-targeted investment grew rapidly: investment in Chinese companies surged to 761 million yuan ($110 million) in the fourth quarter of 2015, up 720% from the third-quarter total. Some of China’s largest electronics companies such as Huawei Technologies Co. Ltd. and Xiaomi Corp. also got into the game.

Facebook is the largest VR player, taking up nearly 39% of the global VR headset market as of the second quarter of 2020, followed by Sony, Pico, DPVR Ltd. and HTC, according to data from research institute IDC.

Xiong said that the construction of 5G networks will bring a huge opportunity for the VR industry — if they can bring good products to market. He said that it’s essential to first make good VR hardware and then subsidize VR content creators. “If we can’t ensure the basic sales volume (of VR headsets), then the costs of content creation would remain high regardless,” he said.