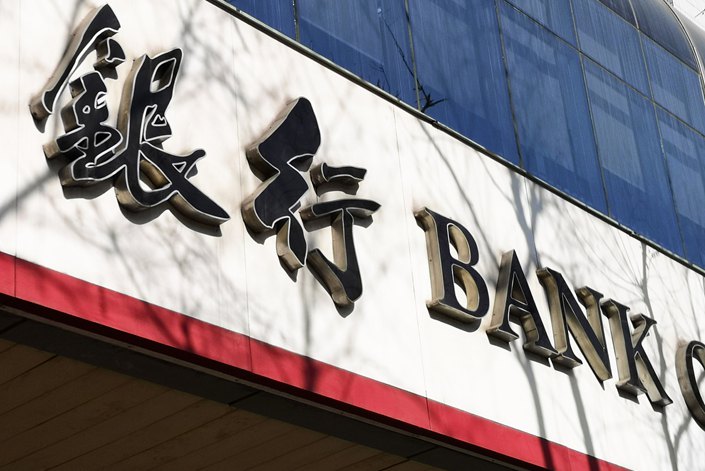 China’s state-owned commercial banks face new performance benchmarks as the government encourages them to support the economic and development policies set by leadership of the ruling Communist Party.

Lenders will now be evaluated using four broad criteria: serving national development goals and the real economy, achieving high-quality development, controlling and preventing risks, and improving operational efficiency, according to the document Measures for the Performance Evaluation of Commercial Banks released (link in Chinese) Monday by the Ministry of Finance. The new indicators replace the categories of profitability, business growth, asset quality and solvency, the ministry said.

“As China’s economic development enters a new normal, limitations in the current performance evaluation methods for commercial banks have become more prominent,” the ministry said in a statement (link in Chinese) explaining the new rules. “This requires the further improvement of the current evaluation system to focus on the new concepts that finance should serve the real economy and the country’s innovation-oriented development.” The measures took effect Jan. 1.

The appraisal of commercial banks is part of the ministry’s financial enterprise performance evaluation system to assess the development of financial institutions including lenders and insurance companies. It was set up in 2009 and last revised in 2016. Work is also underway to improve the performance evaluation systems of other financial companies including sovereign wealth funds, policy-oriented institutions and other commercial businesses including brokerages and insurance companies, an unnamed ministry official said in the statement.

China’s policymakers have recognized that the days of rapid economic expansion are over and for the past few years have increased their focus on improving the quality of growth and encouraging a more innovation-driven economic model. They have tried to guide banks to support that strategy by boosting loans to activities that serve the “real economy,” which involves the production and consumption of goods and services, and away from the “virtual economy” where loans go to higher-risk but potentially higher-reward activities such as finance and speculation.

A plenum of the Communist Party in October further emphasized the need to shift to high-quality development and deepen restructuring of the financial system to better serve the real economy.

Some experts have criticized (link in Chinese) the financial sector for excessive profits and risky practices.

“The financial sector’s overall profits exceed all other industries combined, which has pushed up interest rates in the real economy significantly and made borrowing difficult and expensive for enterprises,” former Finance Minister Lou Jiwei said at a forum last month.

The government is now realigning banks’ incentives to match its strategy by linking their performance more closely to the salaries and possibly career prospects of top management.

Banks included in the new appraisal system are state-owned and state-controlled commercial lenders, although other commercial banks can also refer to the guidelines, the ministry said in its statement. Lenders will be evaluated on an annual basis and the results will be factored into the annual reviews of top bank executives, helping to determine their salaries as well as overall salary levels at the banks they lead.

Each of the four new categories will carry a weighting of 25%. Each is further divided into smaller components reflecting metrics that contribute to the total.

The new evaluation system has already come in for criticism. Some industry insiders (link in Chinese) say the addition of indicators to support the implementation of national policies goes against the mandate for commercial banks to operate as market-oriented entities and downplays the importance of profitability.

It also downplays the importance of metrics for solvency, which now come under the category of risk prevention. The finance ministry said in its statement that the weighting given to solvency — three capital adequacy ratios — in the previous system was too high and had the effect of reducing banks’ lending capacity. The new system retains only one capital adequacy ratio, and its weighting has been cut to 5% from 10%, according to a Monday report (link in Chinese) from China Merchants Securities Co. Ltd.