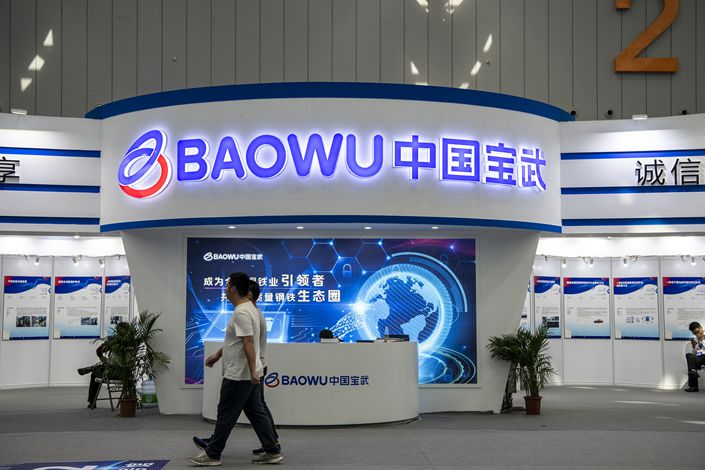 Competitive pressure from private stainless-steel producers has been weighing on Baowu.

Leading Chinese steelmaker China Baowu Steel Group Corp. Ltd. is speeding up its integration of a recently acquired stainless steel producer to make it a “flagship” subsidiary and market leader.

The move will allow Taiyuan Iron and Steel Group Co. Ltd. (TISCO), taken over by Baowu last August, to consolidate two other stainless steel producers owned by the conglomerate, according to a post by Baowu on Wednesday.

“Baowu will allocate more resources to TISCO to enhance its competitiveness, and strive to make it a flagship stainless steel business operator of Baowu, and the most competitive industry group in this field in five years,” said the post.

The integration of TISCO follows a string of acquisitions made by Baowu last year, as Beijing pushes for consolidation in the national steel industry.

TISCO, which has an annual stainless steel production capacity of 4.5 million tons, will see its overall annual capacity balloon by 62% to 7.2 million tons when the new consolidation plan is completed.

“(Baowu’s) consolidation is just the start; (its) integration is the key issue,” Li Xinchuang said in an article published on Dec. 25 last year. Li is the top engineer at the China Metallurgical Planning and Research Institute.

Zhang Long, head of the China Metallurgical Information Standardization Institute, told Caixin that integrating Baowu’s gigantic assets across the country can help it retain a controlling position in certain areas.

In a September WeChat post, Baowu pledged to improve its performance in segments including carbon steel, stainless steel and special steel, and increase its market share of these products.

China has a steadily growing appetite for stainless steel. A report by Tianfeng Securities indicates the country’s annual consumption of the commodity had increased over 11 consecutive years to 24 million tons by 2019.

Tableware and major appliances consume nearly half of the country’s stainless steel production, while manufacturing, construction and chemical energy use up the rest, according to the report.

TISCO will become the second largest stainless steel producer by capacity in China, ranking behind private enterprise Tsingshan Holding Group Co., Ltd., which can churn out over 10 million tons of stainless steel each year.

The competitive pressure from private producers, especially Tsingshan, has been weighing on Baowu. A major source of China’s nickel-iron ore supply comes from Southeast Asian countries, and Tsingshan benefits from relatively low transport costs with its headquarters being in the port city of Wenzhou on the East China Sea.

By contrast, TISCO, based in the center of inland province Shanxi, needs to pay high costs to haul goods, said Xu Xiangchun, a senior analyst at industry data provider Mysteel.

TISCO will still need to expand its scale in order to bring down costs, Xu said, and leverage Baowu’s technology research and fundraising abilities to become more competitive.