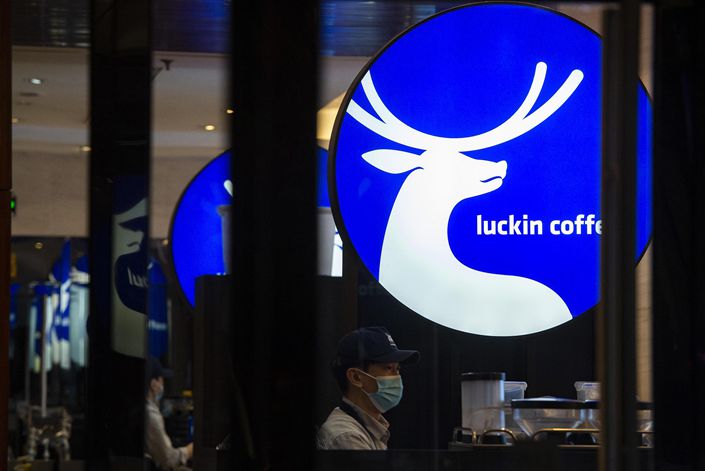 Once seen as China’s challenger to Starbucks, Luckin entered bankruptcy restructuring after a court in the Cayman Islands appointed two joint provisional liquidators in July.

A group of managers at embattled Luckin Coffee Inc. have demanded the board of directors immediately dismiss CEO Guo Jinyi and launch an independent investigation into his conduct, accusing him of cronyism and incompetence, according to a letter reviewed by Caixin.

The letter offers a glimpse into the internal pains of the embattled coffee chain, which has been mired in debt after copping to a $300 million accounting fraud in April.

Signed by seven vice presidents and dozens of others, the letter called for Guo’s dismissal, accusing him of cronyism, abuse of power and being incapable of making the right decisions for the company.

“Guo’s lack of morality and talent has pushed the company to the brink,” the letter said.

The letter, dated Sunday, was sent to the board and the company’s largest stakeholder, Centurium Capital Partners this week.

Guo has since hit back against his accusers, claiming that the letter was the work of his disgraced predecessor and company co-founder, Lu Zhengyao, who oversaw the fabrication of 2.1 billion yuan ($321.3 million) in sales that, when revealed, sparked a scandal that that brought the company to its knees.

In an email to staff Wednesday, Guo also accused former CEO Qian Zhiya, who left the company in the wake of the fraud scandal, of having a hand in the letter. “Some staff members were railroaded into signing the letter without knowing the truth,” he said in email, which was obtained by Caixin. “I have done nothing wrong.”

He accused the letter’s signatories of trying to sabotage the company.

The letter to the board accused Guo of handing out contracts to suppliers that he has close ties with, sidestepping company procedures and reshuffling staff who handle procurement. These acts of cronyism, the letter said, have increased costs while lowering the quality of Luckin’s products. It also alleged that Guo offered raises to staff that supported him while cutting the headcount at stores, some of which are down to a single employee.

Luckin, which was delisted from the Nasdaq in June, has been embroiled in a financial fraud investigation since it disclosed that nearly half the revenue it posted for the last three quarters of 2019 was made up.

Once seen as China’s challenger to Starbucks, the company entered bankruptcy restructuring after a court in the Cayman Islands, where the company is registered, appointed two joint provisional liquidators in July to oversee the effort and negotiate with creditors to salvage its business.

The company has also agreed to pay a fine of $180 million to the U.S. Securities and Exchange Commission, the regulator announced in December.