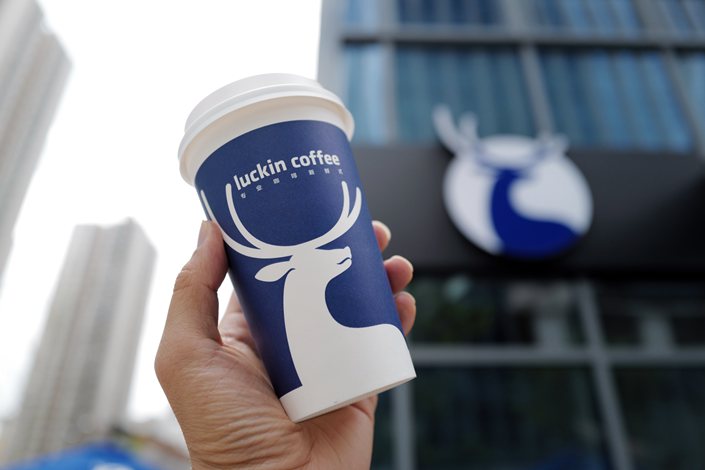 Luckin said in a statement that it “respects and fully complies with” the market supervisor’s punishment and has corrected the misconduct.

Luckin Coffee Inc. continues to pay the price for inflating its sales and profit data, with China’s market regulator piling its own fines onto the would-be Starbucks challenger.

The fines are the latest episode in Luckin’s notorious fraud scandal that led to the terminations of key executives and a series of boardroom fights. The once highflying startup had also been delisted from the Nasdaq.

Since it disclosed in April that nearly half the revenue it reported for the last three quarters of 2019 wasn’t real, the Chinese coffee chain has been embroiled in a number of investigations and lawsuits.

According to the market supervisor’s statement, Luckin violated the Anti Unfair Competition Law because it had cheated and misled the public through fake business data on revenue, cost and profitability. The regulator also found that 43 third-party companies had assisted Luckin in the affair.

In July, the Ministry of Finance disclosed the results of its investigation into Luckin’s fraud, saying that the company inflated revenue by 2.12 billion yuan from April 2019 to the end of the year, while inflating costs by 1.2 billion yuan and profits by 908 million yuan.

The company has entered a temporary liquidation process, putting all other lawsuits on ice, a Luckin insider told Caixin. A creditor has sued Luckin in a court in the Cayman Islands, where the company was incorporated. The court has started the process of “soft-touch liquidation,” which is similar to bankruptcy protection in China, the source said.

The case was followed by a backlash from American regulators and politicians against U.S.-listed Chinese companies. In May, the U.S. Senate passed a bill that would prohibit the listing of companies that don’t comply with certain financial transparency requirements. The next month, U.S. President Donald Trump called for recommendations on how to better protect domestic investors from U.S.-listed Chinese companies that engage in fraud.

Luckin said in a statement Tuesday (link in Chinese) that it “respects and fully complies with” the market supervisor’s punishment and has corrected the misconduct.