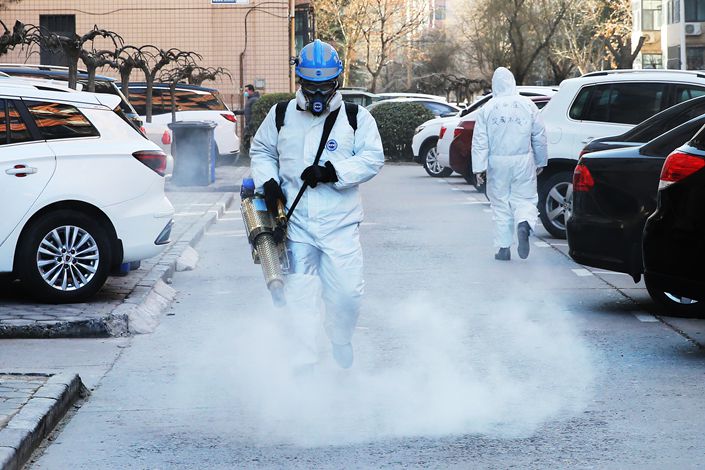 The latest Covid-19 outbreak in the northern province of Hebei, which surrounds the nation’s capital of Beijing, has become home to the largest local flare-up in the country, which has alarmed the national health authorities.

Since the first patient was confirmed on Jan. 2, the province had reported a total of 311 positive cases, including seven imported cases, as of Friday morning, a tally that surpassed all the other recent local outbreaks, including those in the southwestern city of Chengdu to the northeastern coastal city of Dalian.

On late Friday, local health authorities in Shijiazhuang further said a total of 259 positive cases have been found in a sweeping test of all of the residents in the city’s Gaocheng District (藁城区), the only high-risk area for Covid-19 in the country.

The province’s two hot spots, its capital Shijiazhuang and the adjacent city of Xingtai, have both been placed under citywide lockdown to curtail transmission of the disease. The source of the outbreak has been still under investigation.

How did the outbreak start and how bad is it?

The outbreak’s first patient was a 61-year-old woman who visited relatives and attended a wedding before she was diagnosed. Health officials said the transmission chain can be traced back to Dec. 20, when many of the infected had attended social gatherings like weddings.

Health authorities said evidence showed links between the Shijiazhuang and Xingtai outbreaks: cases from both cities shared an identical strain of the coronavirus that previously had only been found in Russia.

After the province’s daily caseload rose by triple digits for two days straight, the province logged 72 new cases on Friday. Thursday’s increase of 120 cases was the largest China had seen in five months.

How are health authorities responding?

Authorities have put Shijiazhuang and Xingtai under lockdown, banning all people and vehicles from leaving the cities. Schools suspended in-person class and Shijiazhuang’s Hebei University began its winter break early on Wednesday.

Shijiazhuang has mobilized some 3,000 medical workers to support the mass testing of its entire 11 million population within four days. As of Thursday afternoon, over 6 million samples had been collected. Xingtai finished testing its 6 million residents Friday.

The Fifth Hospital of Shijiazhuang has been emptied so that Covid-19 patients could be treated there. Three other hospitals have been selected as backups.

Three Shijiazhuang city officials have been punished for their failure to curb the spread of infection in Gaocheng, the city’s Communist Party discipline body said in a statement (link in Chinese).

What makes this outbreak different than the others in China?

The number of infections has surged dramatically in Hebei, especially in Shijiazhuang’s rural areas. It is the first time China saw the virus transmitted from rural areas, which have relatively low population densities, to urban areas. Experts said Hebei’s outbreak has possibly revealed holes in the country’s coronavirus prevention strategy for villages, as many rural patients chose to treat themselves rather than go immediately to a hospital for a proper diagnosis.