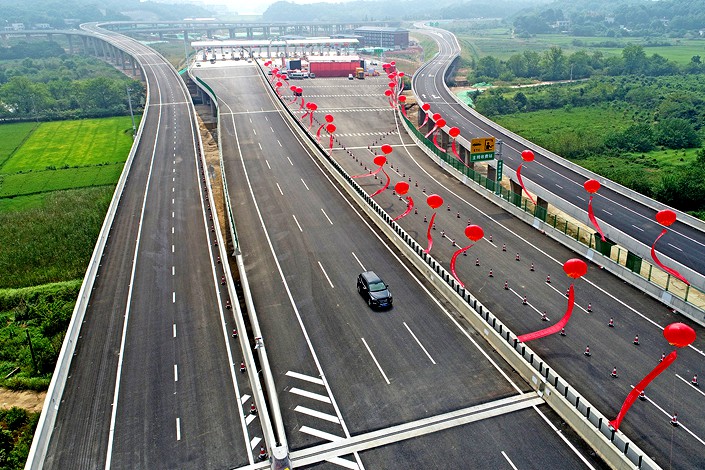 China has issued a draft plan seeking to expand the scope of autonomous driving testing to highways.

China may start allowing self-driving car tests to take place on the nation’s highways, as carmakers clamor to try out their technology in a wider range of real-life scenarios.

A draft plan (link in Chinese) released by the Ministry of Industry and Information Technology on Tuesday, would expand the range of roads on which provincial and city-level authorities can authorize autonomous vehicle testing to include the country’s highways, which are currently off-limits.

Driverless vehicles which have conducted more than 240 hours or 1,000 kilometers of road tests and have no records of traffic accidents will be eligible to apply for tests on highways, according to the draft plan.

Though some areas shouldn’t be used for such testing due to undefined safety concerns, said the document, which is open for public consultation until Feb. 11.

The planned expansion of roads open to testing comes in response to demand from the industry, the MIIT said. “China's enterprises … and other institutions have developed intelligent vehicles that can drive autonomously on the highway, and the industry has a strong demand for road testing in a wider range of test scenarios,” it said in the plan.

More and more Chinese companies have entered the developing field of autonomous driving, and not just automakers. Search engine company Baidu kicked off its Apollo self-driving technology project in 2017, and last year launched a robotaxi service in the northern city of Cangzhou as well as nearby Beijing.

E-commerce platforms like JD.com and Alibaba have also deployed such technology to test autonomous delivery, while the southern metropolis of Guangzhou has given the green light to fully driverless cars developed by auto startup WeRide.

The plan could also open the door to a nationwide self-driving regulatory system. Under the plan, test results gathered in one region could be recognized by different regions for approving self-driving services, said the draft.