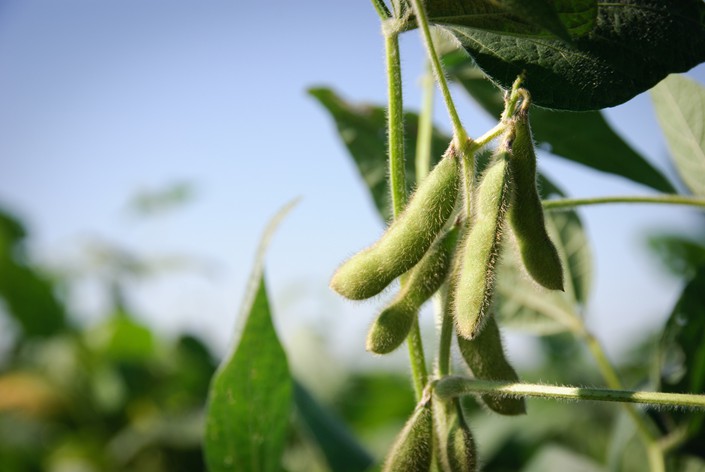 Senior Chinese officials have hinted in recent weeks that the country is readying to unleash GM and other technologies on the farming sector to ease food security concerns.

Shares in Shenzhen-listed Beijing Dabeinong Technology Group Co. Ltd. surged to a five-month high on Wednesday after the agriculture giant said the Chinese government had issued biosafety certificates for two strains of its genetically modified (GM) corn and soybeans.

The announcement added to indications that China is pushing to expand the use of controversial GM crops after it approved for import two GM corn varieties from Bayer AG and Syngenta AG on Monday.

Dabeinong said in a Tuesday stock exchange filing (link in Chinese) that the strains had been certified as safe for production and use by the agriculture ministry, and had entered a period of public consultation.

The development comes as China looks to further the commercialization of GM crops after corn imports reached a record high amid surging demand for animal feed. On Monday, the ministry published a list (link in Chinese) showing it had approved the importation of Bayer’s and Syngenta’s insect-resistant, herbicide-tolerant corn strains for the aforementioned period.

China granted approval for its first GM crop strains in 10 years at the end of 2019. They included two corn strains — one developed by Dabeinong and the other co-developed by Hangzhou Ruifeng Biotech Co. Ltd. and Zhejiang University — and a soybean variety developed by Shanghai Jiao Tong University.

Senior Chinese officials have hinted in recent weeks that the country is readying to unleash GM and other technologies on the farming sector to ease food security concerns.

National leaders agreed at a key economic conference last month to “resolve seed and arable land issues” by the end of 2021 through “respect for science,” a phrase widely viewed as an implicit show of support for the commercialization of GM organisms.

Previously, Zhang Wen, an inspector in the ministry’s science and technology education office, said new technologies are the “basic way” to ensure that China’s 1.4 billion people have enough food to eat while “raising the quality, efficiency and competitiveness of agricultural products.”

Chinese leaders have long had to weigh their support for GM crops against a public that appears to view the technology with suspicion.

Four in 10 consumers in China oppose GM foods compared with slightly more than one in 10 who support them, according to a survey of 2,000 people published in the peer-reviewed journal Nature in 2018.

China is the world’s largest food importer, partly a function of containing around 20% of the global population, but only about 7% of its arable land.