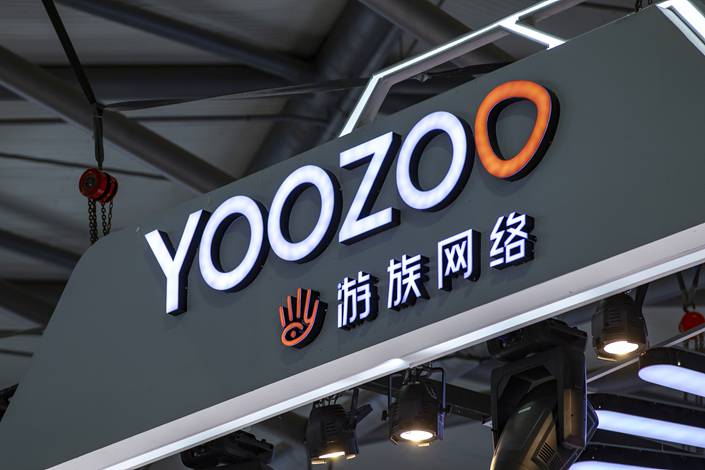 A cloak-and-dagger tale of a gaming magnate who was poisoned to death by a colleague has taken a new twist with an online allegation that a woman who bore him a son out of wedlock is seeking to exercise the infant’s inheritance rights.

The case involving Lin Qi, chairman of the Shenzhen-listed Yoozoo Games Co. Ltd., has captivated China since his death on Christmas Day, in what police suspect was a deliberate poisoning by a colleague. Before the intrigue, Yoozoo was already known in China for holding the video rights to the wildly popular “Three-Body Problem” science fiction series, though the company has yet to release any products based on those rights.

The most recent twist to the case occurred shortly after Yoozoo published an announcement on Monday saying shares held by Lin will go to the two daughters and a son he fathered with Xu Fenfen. At the time of his death at the age of 39, Lin held about 24% of Yoozoo’s shares and was the company’s single largest shareholder. Since the three children are minors, Xu, as their legal guardian, will control all the shares for now.

While the announcement confirmed Xu Fenfen is the mother of Lin’s three children, it didn’t specify the pair’s relationship, including whether they were married at the time of his death.

The same day of the announcement, a woman using the name “Sweet and Sour Pork” on Weibo, China’s equivalent of Twitter, alleged in a series of posts that her sister had recently given birth to a son with Lin. She said her sister had known Lin for 19 years, and the pair had planned to marry after the Covid-19 pandemic passed. She said her sister’s infant son should have equal rights to inherit Lin’s assets.

One of the posts featured a picture of a birth certificate issued last year for a boy whose 39-year-old father was listed as Lin Qi. It had been reposted nearly 1,500 times and received nearly 1,800 comments and more than 23,000 likes as of late Thursday afternoon.

Yoozoo had no comment on the matter when contacted by Caixin. Attempts to reach Xu Fenfen for comment were also unsuccessful.

At the time of his death Lin hadn’t left any will or other instructions on how to dispose of his holdings. Following an application by Xu Fenfen and Shanghai notary certification, the shares were set to pass on to his three children, who each would receive about 73.2 million shares or 8% of the company.

Under Chinese law, parents, companions and offspring are all considered first in line for inheritances, including people who weren’t necessarily married to the deceased as well as children they had out of wedlock, legal expert Li Tao told Caixin. Accordingly, a child out of wedlock could seek to exercise such rights through legal channels.

Yoozoo is a mid-sized game company that splashed into headlines just before Christmas when Lin was hospitalized and Shanghai police said the case was a suspected poisoning by a colleague, giving only the surname Xu. Sources in the gaming industry speculated that the Xu could be Xu Yao, a former Yoozoo director who was leading a project to create films based on “The Three-Body Problem” series in the company’s film division.