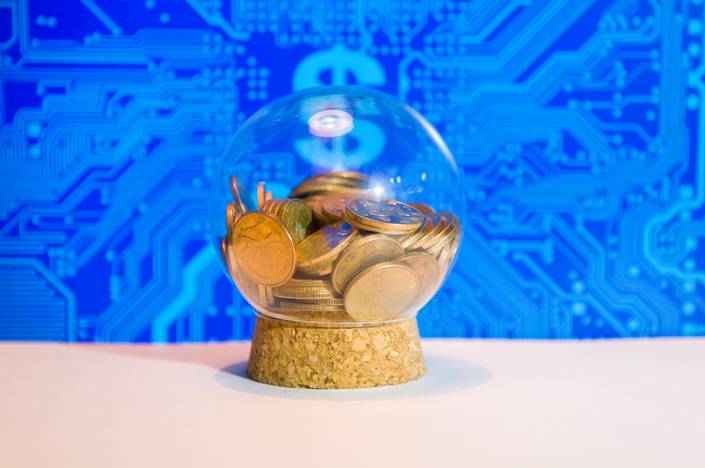 Some trade and investment experts say the measures are a response to the tightening of restrictions on Chinese investment in economies including the U.S., some European countries, and Australia.

The Measures for the Security Review of Foreign Investment (link in Chinese), published on Dec. 19 by the National Development and Reform Commission (NDRC) and the Ministry of Commerce, gave details of a new system that will review foreign investment in areas including agriculture, information technology and financial services, for national security risks.

The rules are in line with international practice –– the U.S., European Union, Australia and Japan all have similar laws or regulations, the Office of the Foreign Investment Security Review Working Mechanism, a department set up under the NDRC to take charge of security reviews, said in a Q&A statement (link in Chinese) accompanying the release of the measures. They do not constitute protectionism, neither do they imply any backtracking on China’s commitment to its opening up policies, the office said.

“Opening to the outside world without security guarantees is unsustainable,” the office said in the statement. “Only by tightening the fence to prevent and control security risks can we lay a solid foundation for a new round of opening up and better implement wider, broader, and deeper opening up.”

The measures are made up of 23 clauses that draw on the provisions of the Foreign Investment Law and the National Security Law.

Here are five things you should know about them.

What’s behind the measures?

The Q&A statement said that reviewing foreign investment on national security grounds is not new in China and that the measures are only formalizing the procedure to make it more transparent.

Reviews of foreign investment on national security grounds date back to the Anti-Monopoly Law which was promulgated in 2008. The legislation authorized regulators to review mergers and acquisitions involving foreign investment for potential breaches of anti-trust rules and if they raised national security concerns. A formal security review mechanism was established for mergers and acquisitions of domestic enterprises by foreign investors in 2011, and in 2015, trial measures for security reviews in pilot free trade zones were issued.

The measures that go into effect on Monday have been in the works for some time and were flagged in the Foreign Investment Law that was passed by the National People’s Congress in March 2019 and went into force on Jan. 1, 2020. They flesh out the framework laid out in the law, giving more details of the sectors involved and the review procedure.

Some trade and investment experts, however, say the measures are a response to the tightening of restrictions on Chinese investment in economies including the U.S., some European countries, and Australia.

What types of investment activity will be subject to review?

Basically everything. Any foreign investment in China made directly or indirectly that could affect national security will face investigation before it’s allowed to go ahead. The measures cover foreign investors who:

• invest in a greenfield project

• are involved in setting up a company in China

• make an investment through other means

Lawyers from Paul, Weiss, Rifkind, Wharton & Garrison LLP, a New York-based international law firm with an office in Beijing, said in a December report that the catch-all references to an investment made by “other means” and an investment made “directly or indirectly” gives the security review office discretion in determining the types of transactions that fall within the scope of the measures.

What sectors are covered?

Not surprisingly, any foreign investment in the following areas will be subject to a review: military, military support and other sectors related to national defense and security, as well as investments near military and military-industrial facilities.

In addition, any investment that gives a foreign company de facto control over enterprises making certain products or offering certain services in nine specified major categories will also be subject to review. Many are the same as those included in the 2011 regulations such as “important” agricultural products and “important” energy and resources. But others are new including “important” information technology and internet/online products and services, “important” financial services and the catch-all “other important sectors/areas.”

The inclusion for the first time of “important” financial services has gained particular attention, especially as China has taken significant steps to open up the industry to foreign investment since 2017. Lawyers from Fangda Partners, a Shanghai-based law firm, pointed out in a Caixin commentary that the measures do not provide a clear definition of what qualifies as important financial services and nor do other regulations offer any guidance. But they said that even if more clarity is added, a catch-all clause will be included that would leave the authorities with wide discretion.

An analysis of the measures by U.S.-based law firm WilmerHale in December points out that the criteria for determining what is “important” in terms of the technology sector are uncertain and as a result, investors will probably file for a review even if an investment does not involve significant technological developments.

How does the review process work?

The entire process could take as long as five months and is divided into three phases. No deal can go ahead unless and until it has been cleared. The first phase involves the foreign investor making a voluntary declaration about the investment. A third-party individual or entity can also report the deal, or the new Office of the Foreign Investment Security Review Working Mechanism can require a declaration.

If the special review finds there is an impact on national security the office may prohibit the foreign investment from going ahead. If risks are identified, the investment may be given conditional approval and allowed to proceed subject to certain conditions that must be fulfilled by the investor. If an investment has already taken place, the office can force it to be unwound through equity or asset sales, or other necessary measures in order to eliminate the national security risk and restore the project or investment to its original state.

What impact will the measures have on foreign investment?

Some of the sectors subject to a national security review have been under the government’s watch for several years, so there will be little change for them. For the financial services sector, experts are mostly optimistic that the new measures won’t have any adverse impact.

China has been gradually opening up its financial sector to foreign investors for several years and has accelerated its efforts since the end of 2017, scrapping limits on foreign ownership of banks, life insurance companies, brokerages and other financial services. The government is unlikely to want to jeopardize foreign investment. The lawyers at Fangda Partners say the authorities are likely to take a cautious approach in using the national security review measures ― at least in the near to medium term ― to put international investors at ease.

“We anticipate that, except in certain extreme cases, the government will be reluctant to reject, on the grounds of national security, investments in those sectors that have been fully opened to foreign investment, such as the establishment of commercial banks, securities companies and fund managers,” the lawyers wrote in their Caixin commentary.

WilmerHale, however, has reservations. In its report it warns that the measures “risk adversely impacting China’s economic development.”

“The measures will … continue to create an additional layer of uncertainty with respect to foreign investment at a time when China’s dual circulation strategy still relies upon foreign investment in critical technologies during at least a transition period before Chinese companies can build indigenous capabilities and reduce China’s reliance on foreign technology,” the law firm wrote.