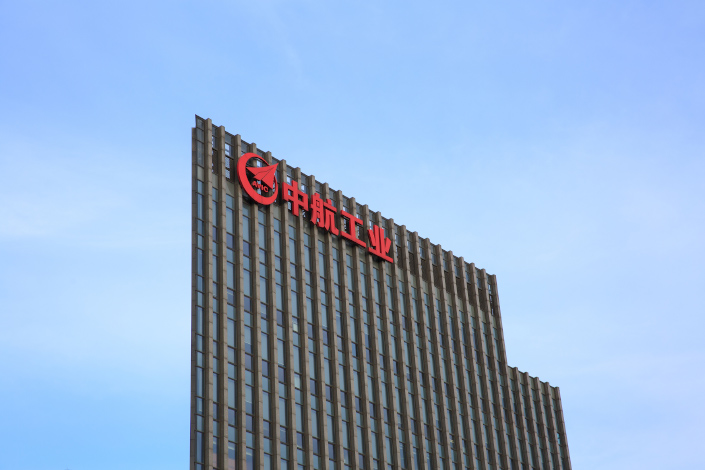 China’s leading aircraft-maker wants to develop more companies “worth hundreds of billions of yuan” as it becomes the latest government enterprise to introduce outside strategic investors.

Aviation Industry Corp. of China Ltd. (AVIC) will actively promote three of its listed subsidiaries to offer stakes of more than 5% to external investors in a bid to improve their levels of innovation, the aviation giant said in its newly released 2020-2022 development plan.

The strategy falls in line with a three-year program launched by Beijing to make state-owned enterprises more efficient and market-oriented.

The 5% threshold is considered significant, especially among publicly listed companies, as it often entitles the investor to a say in management and other strategic decisions.

China’s Securities Law also states that holders of more than 5% of a company are considered “insiders” with access to privileged information, and are subject to higher scrutiny than smaller shareholders.

AVIC, which manufactures both military and civilian aircraft, has also pledged to encourage reform among 50 to 60 of its subsidiaries operating in “fully competitive sectors,” allowing them to offer equity holdings of more than one-third of a company to non-state investors.

The plan also includes a target of developing more companies worth tens of millions of yuan. AVIC currently has only one unit with a market capitalization of over 100 billion yuan ($15.4 billion) — the Shanghai-listed AVIC Shenyang Aircraft Co. Ltd., which was worth 114.2 billion yuan as of Tuesday.

To meet its ambitious goals, AVIC has organized several mergers of its subsidiaries in the same sector. An asset swap conducted last year saw AVIC move all its aircraft-manufacturing units into the listed AVIC Aircraft Co. Ltd., whose market cap jumped by 19.3% to 57.13 billion yuan after the deal.

The Chinese government last year rolled out a new three-year campaign which it hopes will create world-class companies from its state-run giants. While SOEs generally do well in China due to state support and often protected status in their sectors, most are still highly bureaucratic and inefficient due to a lack of exposure to significant competition.