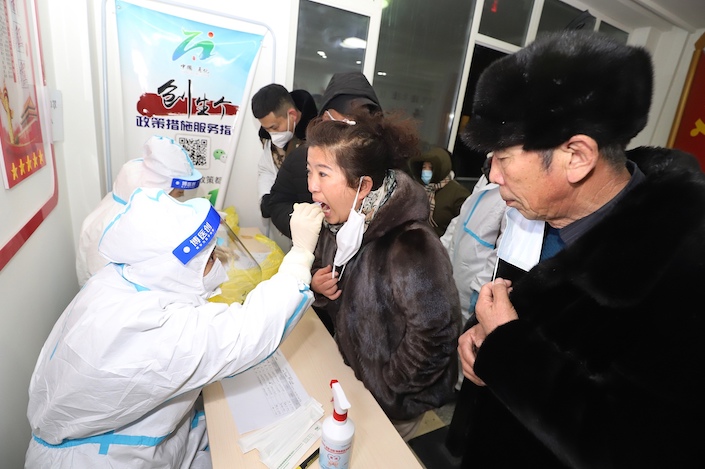 What’s new: Two cities in northeast China’s Jilin province were locked down following a recent resurgence of Covid-19 traced to a superspreader.

Authorities in Tonghua, a city of 2.3 million, stopped all traffic in and out the city while requiring residents to avoid traveling within the city. Gongzhuling, a county-level city neighboring Changchun, also ordered its 1 million residents to stay home for a least a week starting Monday.

The background: Jilin’s outbreak recorded 130 new infections as of Sunday, including 90 asymptomatic cases. Provincial health officials said they traced the resurgence to a superspreader from neighboring Heilongjiang province, who was linked to 122 infections in Jilin.

China is struggling to contain the worst outbreak in months propelled by clusters in Hebei and Heilongjiang. Hebei provincial capital Shijiazhuang and the cities of Xingtai and Langfang with a combined population of 23 million people were locked down last week after the province reported more than 500 cases in the latest round of outbreak.