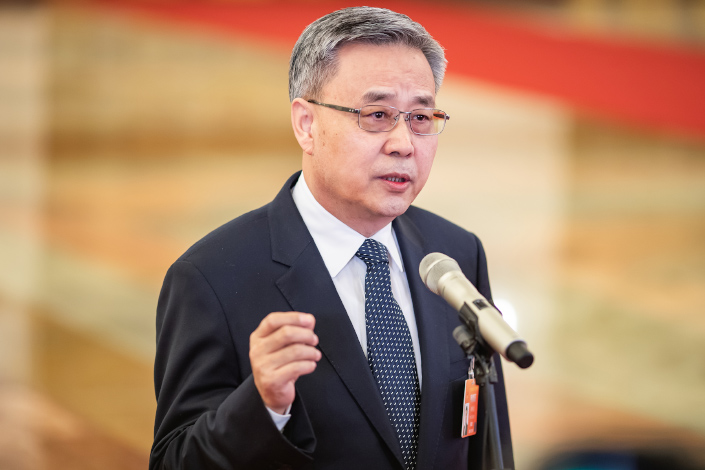 A top Chinese financial regulator on Monday hit back at the argument that China’s economy can be described as “state capitalism,” touting the major role privately owned businesses play in the world’s second-largest economy.

“They accused China of state capitalism, because China has a strong public sector and its industrial policies distort the market. This is a big misunderstanding,” said Chairman Guo Shuqing of the China Banking and Insurance Regulatory Commission (CBIRC) in a speech delivered to the 14th Asian Financial Forum held in Hong Kong.

Before China kicked off its reform and opening-up policy in the late 1970s, the country virtually had no private enterprise, but now private business accounts for about 60% of the nation’s economy, he said. “If there was so-called state capitalism and state protectionism, how could this be achieved?” Guo asked rhetorically.

However, Guo argued that the country’s industrial policies have been consistently market-oriented. He pointed out that SOEs are taxed more heavily than private firms. “SOEs have in fact undertaken more social responsibilities. Actually, one of the important drivers for long-term and rapid growth of private and foreign firms is tax concessions,” he said.

The relationship between SOEs and privately owned and foreign-invested firms has been a hot topic over the past few years. Policymakers have acknowledged the significance (link in Chinese) of the private sector, especially small businesses, and vowed to do more to level the playing field for all types of companies.

But the country’s leaders have also said that SOEs should be “bigger” and “stronger,” (link in Chinese) and there have been concerns (link in Chinese) from some private business owners and experts that SOEs are getting stronger at the expense of the private sector, as privately owned companies find it relatively difficult to get financing and they are effectively locked out of some industries that are controlled by SOEs.

Regarding labor issues, Guo said that China’s competitiveness is not built on labor exploitation. “In the past 10 years, the income of Chinese workers has grown rapidly. Migrant workers’ incomes have doubled,” he said.