By Lu Yutong and Zhao Xuan 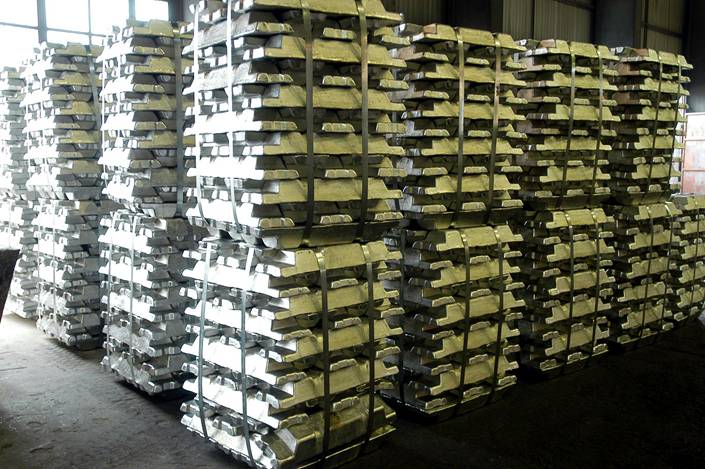 Last year’s 4.9% increase in production reversed a decline in 2019, when the country’s annual output fell for the first time since 2009, dipping 0.9%.

Aluminum spot prices surged over the course of last year, bouncing back from roughly 12,000 yuan ($1,853) per ton in the first half of last year to reach a high of about 16,000 yuan per ton in November, according to data from research firm Beijing Antaike Information Development Co. Ltd.

Real estate has played a major role in the resurgence in aluminum prices, according to a report published by Essence Securities Co. Ltd. on Jan. 10.

The area of housing under construction rose 3.2% year-on-year in the first 11 months of last year to 9 billion square meters, according to data from the National Bureau of Statistics.

In December, the figure hit to an all-time high 90.8%, the Essence Securities report said.

In 2016, China kicked off a series of supply side reforms that sought to tackle overcapacity in the energy sector by shutting down unprofitable plants and putting limits on new projects. Authorities began to apply these reforms to the aluminum industry in 2017, which helped cap its overall capacity at 43.2 million tons at the beginning of this month, according to Shanghai Metals Market, an industry information provider.

But aluminum oxide, the raw material used to manufacture aluminum, wasn’t subject to the restrictions on capacity expansion, which significantly broadened the profit margin for smelters amid the rally.

A report by Central China Securities Co. Ltd. said that smelters were earning more than 3,000 yuan in profit for every ton of aluminum they produced in late November, twice as much as they were making in mid-2020.

But the boon may not last long. The domestic price of aluminum fell to below 15,000 yuan a ton this month, with smelters’ profit margin sliding back to 1,500 yuan per ton, according to the Essence Securities report.

The country is expected to see 3 million tons of new capacity come online this year, the reported added.