Wang Tao: China Will Return to Deleveraging as Pandemic Retreats 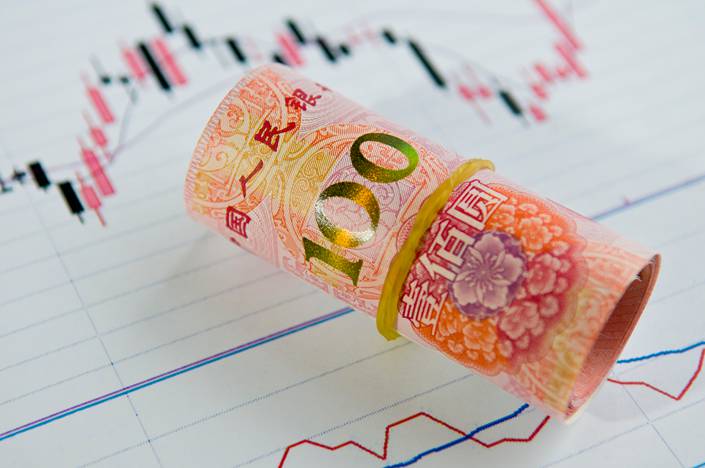 Wang Tao is the head of Asia economics and chief China economist at UBS Investment Bank. The article is the final part of the “Understanding China” 2021 series.

Monetary policy will normalize after a restrained easing. To mitigate the negative impact from the Covid-19 outbreak, the central bank eased monetary policy in the first half of 2020 through liquidity injection, reserve requirement ratio cuts, on-lending facilities and medium-term lending facility (MLF) rate cuts, though the magnitude of policy easing pales with that during the Global Financial Crisis and those in other major central banks.

The authorities did extend moratorium on SMEs’ debt services, offered regulatory forbearance to banks, and directed banks to increase lending. Such measures helped to push adjusted total social financing credit growth from 10.9% at end 2019 to 13.7% in November 2020.

As the pandemic was largely controlled and activities rebounded, the PBOC returned to a more neutral monetary stance in mid-2020. With China’s growth expected to recover strongly in 2021, the PBOC is shifting policy focus more towards controlling risk and leverage, and we expect further monetary and credit policy normalization or tightening, not a sharp turnaround.

Quantitative and prudential instruments, not rates, will drive the policy normalization. While the PBOC has moved to increase market-based price signals to help manage monetary policy over the years, quantitative and prudential instruments still matter more. The PBOC’s move to phase out banks’ benchmark lending rate for loan pricing with the loan prime rate did little to change the picture.

In 2017-18, regulatory tightening, including the new asset management product rules were the main forces that led to tighter market liquidity, unwinding of shadow credit and inter-FI leverage, and a notable deceleration of overall credit growth.

In 2021, we think the reduced liquidity offering, the continued control of shadow credit, and the expiration of the debt service moratorium and regulatory forbearance for banks will all help to tighten market liquidity on one hand, and slow credit growth on the other. The government’s recent move to tighten internet finance regulations and place antitrust rules on "platform-type" internet companies should be seen as part of the regulatory normalization as well.

Credit growth will slow, while credit impulse turns negative. While we don’t expect the PBOC to rely on rate tools much, market rates will likely be pushed up in the second quarter of 2021. Later in the year, while we expect the PBOC to raise repo and MLF rates by five basis points to catch up with the market, slowing growth momentum and less bond issuance may drive rates back down. Meanwhile, quantitative and regulatory tightening should help credit growth to slow to 10.8% by end-2021, and credit impulse will fall to -6.3% of GDP from its peak of 9% in 2020.

In 2021, with credit growth slowing and GDP growth recovering, we foresee China’s debt/GDP ratio declining by top percentage points to 294% of GDP. We believe the deleveraging this year would not be as sweeping as previously ― e.g. aggressive regulatory tightening on shadow credit, asset under management business and local government financing vehicles (LGFV) financing in 2017-18 ― and should have limited impact on growth thanks to improving corporate and household income. That said, policy normalization could potentially lead to increased defaults and nonperforming loans (NPLs), especially among some LGFVs, local SOEs, and SMEs.

How big is China’s debt problem and systemic financial risk?

The big increase of leverage from an already very high level further increased financial system risk, and investors and regulators are especially concerned about certain segments of the market, including some SMEs, LGFVs, highly leveraged property developers, and individuals that have borrowed heavily through online platforms.

More defaults and NPLs are likely in 2021 as policy normalizes. In 2020, the government suspended or cut corporate taxes and fees, granted a debt service moratorium for some enterprises, and asked banks to increase lending support to the economy battered by the pandemic.

This year, as most of the fiscal support and debt service moratorium end, and as banks are asked to focus more on managing financial risks, we expect corporate bond defaults and NPLs to increase. The true operating conditions will come to light more this year, while the authorities should also become slightly more tolerant of NPLs given the improving economic conditions.

In addition, we expect the authorities to accelerate the restructuring and recapitalization of some small banks, resume the unwinding of non-standard shadow credit, and tighten regulations on internet financing. Tighter liquidity, regulations and increased bond defaults may lead to more market volatility in 2021, even though the overall underlying asset quality should be improving as the economy and corporate earnings recover strongly.

Near-term financial system risk looks manageable. First, the pandemic is a large but temporary shock. As the economy recovers quickly and stimulus fades, China’s debt dynamic is expected to improve rapidly in 2021, helping to stabilize the situation.

Second, China’s deleveraging efforts in the past two to three years have helped and the government plans to return to leverage control. The deleveraging effort of 2017-18 consisted of reducing excess capacities, tightening financial regulations, containing shadow credit, and cleaning up banks’ balance sheets. These efforts helped to lower financial system risk earlier, and the return to this path now, albeit in a more gradual and managed manner, should help contain financial risk going forward.

Third, China still has high domestic savings rate and most debt is financed by domestic funding. In addition, recent opening measures have helped to attract more capital inflows into China while outflows remain under control.

Fourth, banks are predominantly state owned, and the state can exert large influence on both banks and state borrowers to help achieve a more orderly restructuring of bad debt with banks, reducing defaults and the chance of a vicious circle. Also, China’s overall government debt (including local government implicit debt) remains manageable at 83% of GDP despite a notable expansion in 2020.