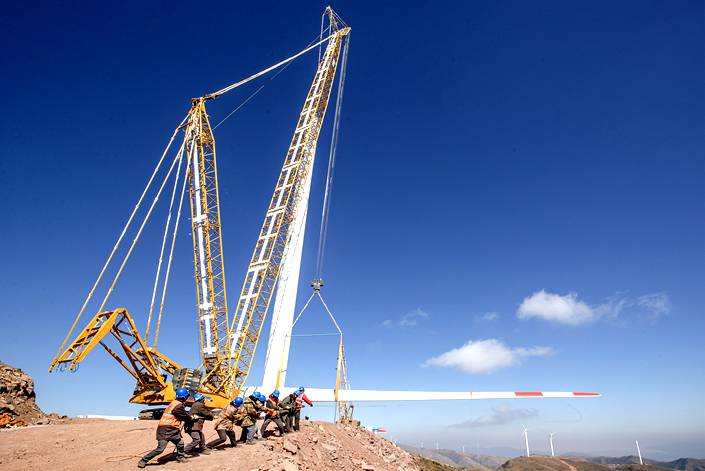 China installed a record 71.67 million kilowatts of new wind power capacity in 2020, according to official figures, more than half of it in December, as developers rushed to get projects up and running before a subsidy program expired.

Some 47.05 million kilowatts of new wind power capacity went online in December, nearly double the 24.62 million kilowatts installed in the first 11 months of the year, according to data released by the National Energy Administration (NEA) on Wednesday.

For the entire year, wind farm developers installed three times as much capacity as they did in 2019. “That is a shocking number,” a manager at a state-owned power group told Caixin, referring to the annual figure, which some in the industry had expected to be around 40 million kilowatts.

One factor that drove installation was the expiration of state subsidies for new offshore wind farms at the end of the year, the manager said. In March, when the NEA announced that it was ending the subsidies, it also said that it was planning to eliminate handouts for onshore wind farms as well this year in an effort to get the industry to stand on its own.

The report estimated that the actual amount of new wind power capacity that was installed in 2020 was somewhere in the neighborhood of 40 million to 50 million kilowatts, which would still be an all-time high.

Wind power remained China’s third-largest source of electricity at the end of 2020, accounting for 12.8% of total power generation capacity. With a goal of becoming carbon neutral by 2060, the central government said in a document published last month that it wants to boost total wind power and solar power capacity to 1.2 billion kilowatts by 2030.